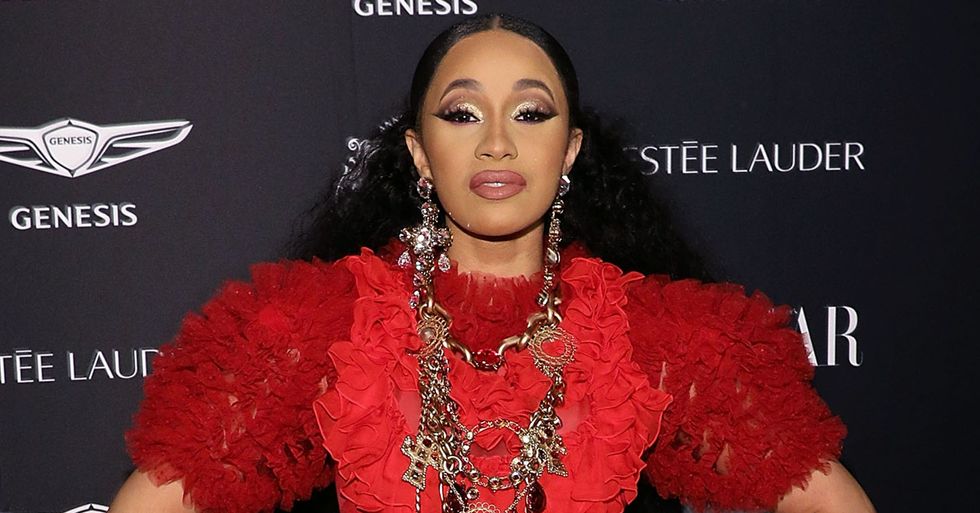 But this week, in true festive spirit, the "Bodak Yellow" hitmaker has been spotted quietly helping children in need.

Keep scrolling to learn more about her act of generosity, including the eye-watering amount she spent.

Waves of  listeners pointed out the resemblance between Cardi's hit and Kodak Black's 2015 tune "No Flockin."

But for her act of generosity.

A tweet surfaced on Monday after someone spotted the rapper doing something very heartwarming for kids who are less fortunate.

But it turns out that wasn't the half of it.

Cardi wasn't just giving a few toys away, in true festive spirit, her act of kindness was much bigger than that. You won't believe how much she spent...

She actually filled an entire truck with toys.

Fans spotted the star in a local Target loading up on hundreds of toys for children in need for Christmas.

She even had staffers to help her load up the truck.

And the gifts consisted of everything ranging from games and dolls to car sets.

It's not yet known which charity she donated the toys to.

But at one point, she spoke about helping kids in New York, so perhaps that's where they'll be going.

$5000 worth, to be precise. The star is going to make so many kids happy this Christmas. What a truly thoughtful thing to do. For more on Cardi, keeps scrolling to learn about her rocky marriage with fellow hip hop star, Offset, and why the pair's latest controversial antic has been hitting the headlines.