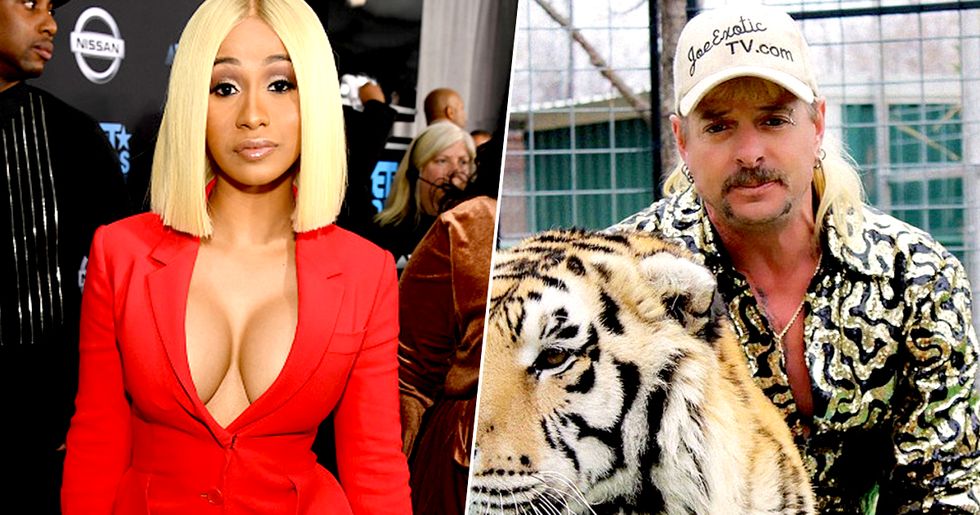 This week, the rapper has starteda GoFundMe page to free the controversial 'Tiger King' Joe Exotic - made famous by Netflix's Tiger Kings.

Waves of listeners pointed out the resemblance between Cardi's hit and Kodak Black's 2015 tune "No Flockin."

A few weeks back the star made some unexpected claims online.

The rapper posted a series of tweets insinuating that she's ready for a change in career. And it's not what you'd expect...

And we have to say, we don't entirely blame them.

It hasn't gone down well with some people...

As you'd imagine, some people weren't on board with her new career idea.

Cardi says she now wants to be a politician.

I think I want to be a politician.I really love government even tho I don’t agree with Goverment
— iamcardib (@iamcardib)1578865885.0

The rapper has been vocal in the past about big topics like social security and education, and she has also been open about being a big Bernie supporter.

Turns out, she's actually really serious about this...

This isn't the first time she's mentioned the idea of getting into politics but it seems this time, she's ready to take the plunge.

She also tweeted: "No matter how many weapons a country have you need people! How are you trying to go against a country and possibly start a war when this country lacks patriotism? I barely see people claiming they LOVE being American." So, could we be seeing Cardi in the White House? Want more Cardi? Keep scrolling to see the extravagant gift she got her husband for his birthday...

And if that wasn't enough controversy.

Cardi has just said she's setting up a GoFundMe page for none other than Joe Exotic, the controversial Tiger King made famous by the recent Netflix show.

Posting on Twitter last Friday night, Cardi shared a bunch of tweets in favor of Joe Exotic - who's currently locked up for allegedly attempting to facilitate the murder of his rival, Carole Baskin, who Cardi doesn't like either.

She called Carole Baskin out.

Carole you think you slick b*tch.

Who you think is more wrong? Narcissist joe? Or Greedy Carol? And Why?

One which suggests Carole killed her husband and fed him to the tigers... pretty dark huh? However the thing that got people talking most was when Cardi said she will be setting up a GoFundMe to set Joe free!

We're talking millions and millions here - but she can sure try.