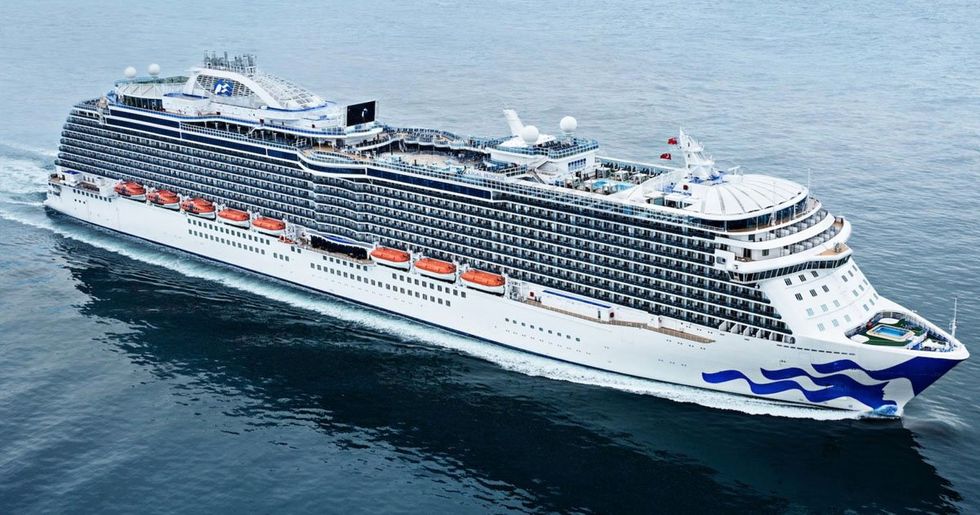 We're all aware, even if it's in a vague sense, that a lot of human waste is ocean-bound when we dispose of it. And, of course, there's that annoying human tendency to litter profusely during beach days. The end result? A lot of trash filling up our oceans, to the point that it's become a serious problem.

So that's why this Carnival cruise scandal is a big deal. This week, a Carnival subsidiary admitted to improperly dumping tons of waste into the ocean, causing shock and disgust across the world. As if our oceans weren't already dirty enough.

And the sheer magnitude of the cruiseliner's action's have properly come to light after a new study... The results are just shocking.

The company was found guilty of a "conspiracy".

For eight years, five of Carnival's Princess Cruise Line ships had been illegally dumping oil into the ocean and covering it up.

Needless to say, there were consequences.

At the end of the settlement, Carnival Corp agreed to pay a $20 million fine - that's the largest-ever criminal penalty involving intentional pollution by vessels.

There was a probation period.

Which is still ongoing right now. Originally, Carnival was on probation for five years.

Over the next year or so, the cruise lines activity was monitored.

From April 2017 through April 2018, their legal firm's reports uncovered some less-than-savory practices that Carnival just couldn't seem to give up. And, yeah, those are just the events leading up to April last year, so...buckle up.

Guess how many violations were reported?

Just in that first year, Carnival's inspector found over 800 violations of the probation agreement, although the violations were apparently accidental and were reported by Carnival.

Carnival owned up to it.

Nobody ever said that the path to being environmentally conscious was a smooth one. "These issues were unacceptable failures in our processes that were not in accordance with our policies and procedures, and do not reflect the culture we have built at Carnival Corporation and across our nine cruise line brands," a Carnival representative said while speaking to Business Insider.

"We have been taking steps to address the improvement areas mentioned in the report, and to build on the positive progress noted by the court-appointed monitor to make sure we are in full compliance moving forward," the representative added.

Here's a look at all of the violations:

According to Carnival's year in review, here are some of those 800 violations listed: Company ships discharged over 500,000 gallons of treated sewage, nearly all of which went into Bahamian waters, plus, twelve gallons of oil (mostly lifeboat fuel) was thrown in there.

They dumped into the wrong waters.

There are both international and domestic laws which prohibit dumping into ports and into waters close to land.

There was also food waste tossed into the ocean.

Around 11,000 gallons of food waste was released too close to shore, thereby violating a number of international laws.

Brace yourselves, this one's really bad.

On nineteen occasions, unfiltered heavy fuel oil was burned in protected areas for a total of forty-four hours.

Sewage and food waste can be dumped in the ocean; it's just that there are specifications as to where - anywhere near land is generally off-limits.

Some people onboard were also found to be guilty...

It came to light that people on board the ships (mostly passengers), were found guilty of throwing items such as chairs, tables, and pillows into the sea. Not cool, guys.

There's a pretty lengthy history of problems within the company.

Before 2016, another of Carnival’s subsidiaries ran afoul of the law while illegally dumping oil. This was back in 1998; their subsidiary Holland America Line then paid a $2 million fine and underwent a  five-year probation period.

But they reoffended again in 2002.

It's almost like they enjoy using our oceans as a giant dumping ground. Carnival Corp pleaded guilty to falsifying records regarding illegally discharged oily waste on six different ships. That fine totaled $18 million–and another 5-year probation.

And we haven't even started on their pollution levels.

While we've all been reveling in the horror of Carnival's waste and sewage issue, we haven't stopped to think about their pollution levels. Disclaimer: They're huge.

A new study has come to light...

And it completely slams the pollution levels produced by Carnival and their subsidiary company, Princess Cruises.

It turns out that cruise ships aren't the most eco-friendly of things...

While we have been distracted by the outrageous oil and waste disposal methods used by the company, we almost forgot about the sheer volume of pollution cruise ships alone can produce.

And, of course, Carnival produces an obscene amount of pollution...

Their air pollution levels total to ten times more than the pollution produced by all of the cars in Europe. We wish we were joking.

The study found that Carnival pumps out more air pollution than any other company.

And Carnival was by far the worst when it came to the air pollution levels.

Carnival's ships produce the most air pollution out of all the other vessels in the ocean.

It was found that the company is the owner of some of the highest-polluting cruise ships in the world.

Some beautiful countries have been exposed to this toxic pollution.

Transport & Environment highlighted the worst affected European countries: "In absolute terms, Spain, Italy and Greece, closely followed by France and Norway, are the European countries most exposed to sulphur oxide air pollution from cruise vessels while Barcelona, Palma de Mallorca and Venice are the most impacted European port cities".

Sulfur dioxide can have some serious side effects...

Sulfur dioxide has been found to be one of the main causes of acid rain, as well as having major links to lung cancer. These cruises don't seem so luxurious now, do they?

And pollution isn't the cruise line's only problem.

Over-tourism has been reported in major European countries as a result of the cruise liners.

Damage to ports has also been reported...

Yes, as well as using the oceans as a giant garbage disposal, the cruises have caused on-land damage, too. Instances of engine failures have caused some cruise liners to crash into ports and the ships often cause damage to other, smaller vessels.

But Carnival isn't the only culprit.

Carnival isn't the only cruise liner to cause major environmental damage. Royal Caribbean Cruises, which came in at second place for their stupidly high air pollution levels, paid $9 million in 1999 when the company pleaded guilty to covering up dumps of toxic waste-water and rigging its ships to bypass pollution control equipment.

This cruise line company paid a $1 million fine for falsifying records to cover up the oil-dumps.

Basically, cruise lines have been told to clean up their acts.

"Carnival Corporation remains committed to environmental excellence and protecting the environment in which we live, work, and travel," a Carnival representative said after this latest settlement. "Our aspiration is to leave the places we touch even better than when we first arrived." Let's hope that proves true in the future. Share this story to keep your environment-aware friends in the loop!