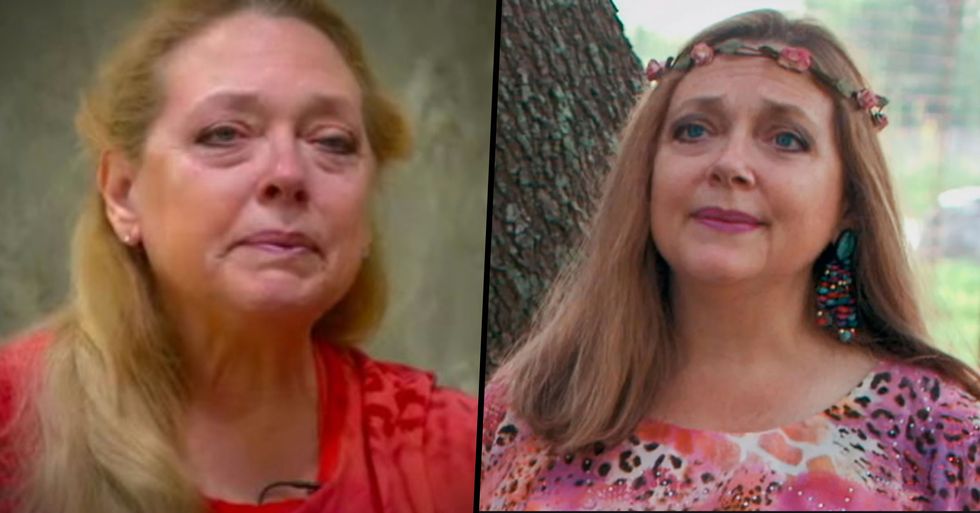 Carole Baskin has shocked fans this week after she was seen breaking down into tears while talking about her Tiger King experience...

Now, despite the drama and controversy of the show, the Big Cat Rescue founder is usually seen with her head held high...

But, evidently, it has all become a bit too much.

In a snippet of this week's Dancing With the Stars, Carole could be seen getting emotional when discussing her time on the show...

Which has apparently had a much bigger effect on her than we have been led on to believe.

Though, of course, many people aren't surprised that Tiger King's repercussions have brought her to tears...

Because, as you may well know, her time on the show was surrounded with a lot of controversy.

For starters, the show highlighted Carole's involvement with her ex-husband, Don Lewis' sudden and mysterious disappearance.

So, what are the facts? Well, on the morning of August 18, 1997, Carole's millionaire husband, Don vanished at the age of sixty. His car was later found at a nearby airport.

So, of course, these allegations are bound to have some sort of effect on her... Right?

Carole very rarely lets her guard down so, at a first glance, it seems that she has continued to live her life with very little care to her new-found Tiger King fame.

Well, we have been gravely mistaken.

Behind the smiles and the blasé reactions to frightful murder accusations, Carole has actually been struggling with her controversial Tiger King fame.

Carole has joined the cast of this year's Dancing With The Stars...

And a preview of this week's episode has shown a different side to the big cat lover.

As she opened up to her dance partner, Pasha Pashkov, about the negative aftermath of the popular documentary, she became visibly tearful...

"I keep it inside," she said in the teaser clip. "That is the absolute worst of this."

Carole could be seen dissolving into tears...

Before Pasha leaned forward to bring her into a warm embrace.

You can watch the snippet here.