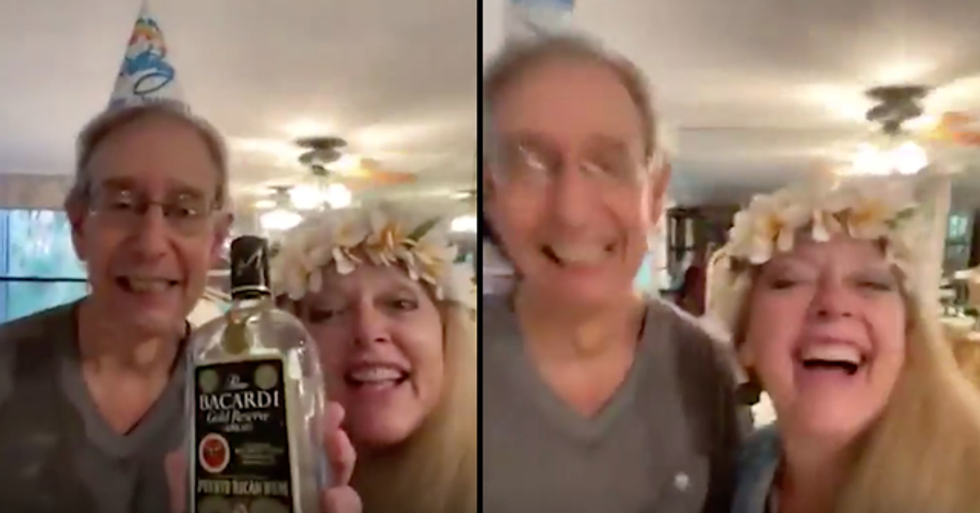 Following on from her sudden and bizarre Tiger King fame, Carole Baskin has resorted to selling personalized videos for a bit of extra cash... But her most recent video, in which she tried and failed to rap along to 50 Cent has left us all wanting to claw our eyes out.

And when the reality star turned lawyer Kim Kardashian tweeted about the ordeal...

Aside from all the grisliness, the mystery, and the suspicions - Carole has got herself a new job, making personalized videos for fans on the video site, Cameo.

Yep, it turns out there's a market for that kind of thing...

But Carole's cameo business has been booming, and she has been consistently churning out the personalized videos for eager fans.

She's making a generous amount of money off it, too...

Because she's charging around $207 per video.

But her latest request has left her looking a little silly...

A fan, known only as Charlotte, requested for Carole and her husband to wish her a happy birthday by singing 50 Cent's birthday song, "In Da Club." "Hey, all you cool cats and kittens. It’s Carole Baskin and Howard Baskin at Big Cat Rescue. We are here with the crib mates to wish Charlotte a happy birthday."

And it was every bit as awful as you'd imagine.

Carole and her husband then started to robotically rap along to the song, while waving around a bottle of Bacardi rum.

People are in shock by what they had just watched...

Though many admitted to loving every second... But, for the most part, most of us were left cringing and wanting to erase the video from our memories forever.

You can watch it here.

For more on Carole Baskin, keep reading to find out which company changed their name to cut all ties with the Tiger King star...