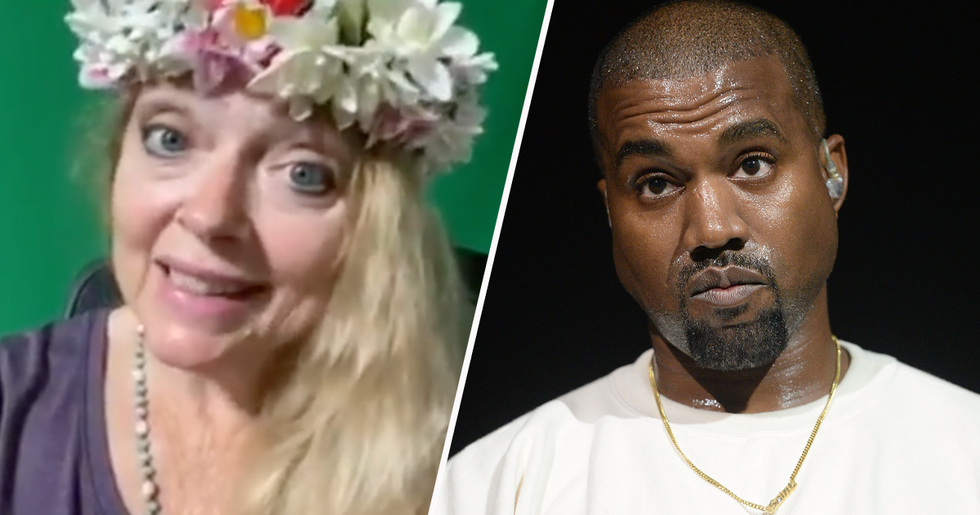 Following on from her sudden and bizarre Tiger King fame, Carole Baskin has resorted to selling personalized videos for a bit of extra cash.

But her most recent video was done free of charge for presidential candidate Kanye West, and Carole decided to sing her own version of "Gold Digger." Eyebrows have most certainly been raised...

And when the reality star turned lawyer Kim Kardashian tweeted about the ordeal...

Aside from all the grisliness, the mystery, and the suspicions - Carole has got herself a new job, making personalized videos for fans on the video site, Cameo.

Yep, it turns out there's a market for that kind of thing...

But Carole's cameo business has been booming, and she has been consistently churning out the personalized videos for eager fans.

She's making a generous amount of money off it, too...

Because she's charging around $207 per video.

Some people are seriously spending this much money on a personalized Carole Baskin video...

But it seems that she's done her most recent video free of charge for a very special guest.

And we're also well aware of the fact that it hasn't been a smooth ride... his campaign rally over the weekend was an emotional rollercoaster!

Well, it seems that Carole Baskin is here for Kanye...

And she decided to record her very own version of "Gold Digger" for the rapper to wish him luck on his presidential adventure.

Carole was sat at her signature green screen wearing a floral headband...

And she started by saying: "Hey all you cool cats and kittens! Kanye, I want to wish you luck on your big adventure by singing along to Kanye West's song, 'Gold Digger'".

She pre-warned her viewers that it was going to be bad...

And she also suggested that we turn down our speakers for this one. If you say so, Carole...

Carole then dove straight into her own version of Kanye's popular song...

"I ain't saying he a vote digger, but he ain't messing with no poll-poll," she half-heartedly rapped twice, before saying, "And there you have it!".

It was all very cringe-worthy...

And it seems that the internet agrees!

Carole's version of the song wasn't comfortable to watch...

The video went down a real treat!

You can check out Carole's rapping skills here...

And for more details on Kanye's emotional rally, keep on reading...