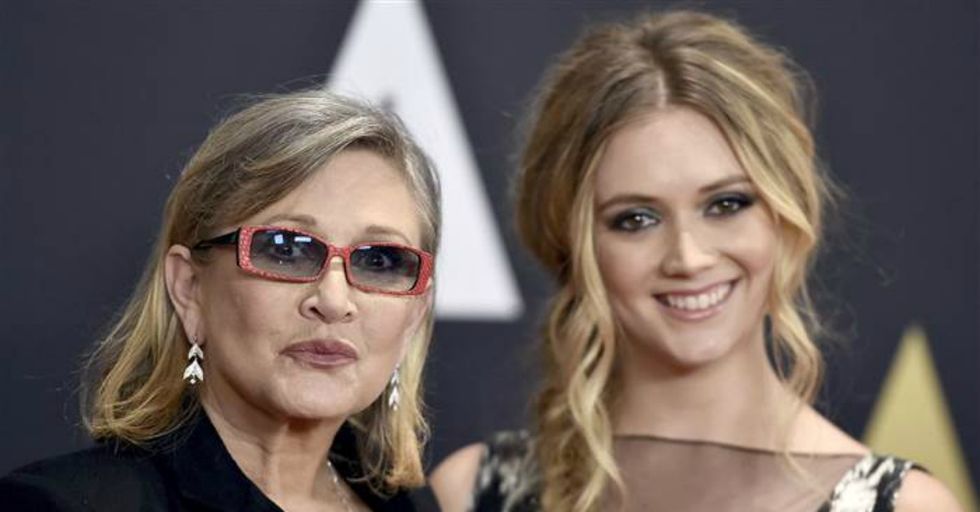 The world truly lost a legend last December with the passing of actress Carrie Fisher, whose initial cause of death was a heart attack.

It was updated on Friday when the Los Angeles County coroner's office released a report saying Fisher died from "sleep apnea and a combination of other factors."

It turns out those other factors included "atherosclerotic heart disease and drug use," although no further specifics about drugs were given and it was officially ruled "undetermined."

But now based on documents procured by PEOPLE from the Los Angeles County coroner's office, her toxicology report listed cocaine, methadone, ethanol and opiates.

Still, they stated they couldn't determine whether the drugs contributed to the 60-year-old's death. "Ms. Fisher suffered what appeared to be a cardiac arrest on the airplane accompanied by vomiting and with a history of sleep apnea," the report reads. "Based on the available toxicological information, we cannot establish the significance of the multiple substances that were detected in Ms. Fisher's blood and tissue, with regard to the cause of death."

Fisher had spoken openly about her struggles with alcohol, drugs and bipolar disorder, and her only child, Billie Lourd, addressed the report.

“My mom battled drug addiction and mental illness her entire life. She ultimately died of it. She was purposefully open in all of her work about the social stigmas surrounding these diseases," she told PEOPLE. “She talked about the shame that torments people and their families confronted by these diseases. I know my Mom, she’d want her death to encourage people to be open about their struggles. Seek help, fight for government funding for mental health programs. Shame and those social stigmas are the enemies of progress to solutions and ultimately a cure. Love you Momby." While sad, her words from 2013 are now more relevant than ever: “The only lesson for me, or anybody, is that you have to get help. I’m not embarrassed." May she rest in peace.