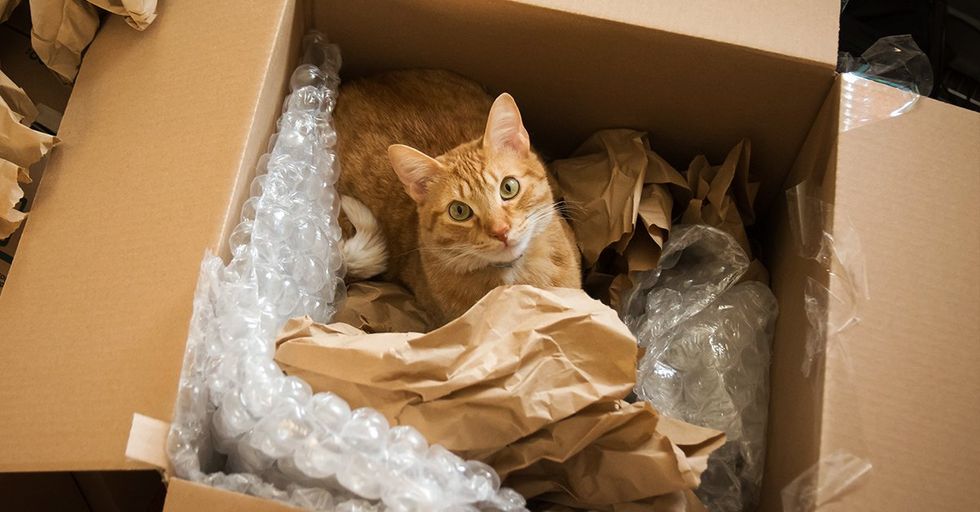 They purr and rub their face on you and look so cute whenever they find a little patch of sunshine to sit in. They even catch bugs so you don't have to deal with them. When they feel like it, that is.

(Of course, they're also total a**holes sometimes, but that just lends to their charm.)

If you're a cat owner, you've probably come to realize that your cat is happiest when she's being totally and completely spoiled by you. After all, in her opinion, she is royalty and you are merely one of her many admiring fans. Why shouldn't she be spoiled?

Just look at this adorable ball of sleepy fluff:

That being said, some owners may take things a little too far. We've found some of the most spoiled cats on the Internet. Have you owned a spoiled cat? Post a picture of them in the comments!

This cat has his own iPad.

And his own yurt. He's clearly living his best life.

This cat has a heated mat especially for him.

You can tell that he loves it. And that he thinks he deserves nothing less.

These cat owners had a cat elevator installed in their home! (The door opens when his collar is close, which keeps other animals and pests out.)

Chillin' in the yard.

These cats enjoy the great outdoors without having to leave their special cat-only tent. Spoiled? You could say that. This next cat is so adorable that he deserves all the spoiling in the world.

Have you ever seen a bed this tiny and cute? Didn't think so.

How about a cat hammock?

Just about every cat would love something like this. Bonus points if it also involves you bonking your head on it as you walk through the door. Cats seem to enjoy being in inconvenient locations.

This cat's owner built her a giant kitty castle! She's clearly the queen of the house.

This guy doesn't have an entire castle, but he seems quite content with his very own couch. (Maybe the idea is to keep him off the human-sized couch?)

Most cats are happy to settle down in various boxes around your house. This gal clearly enjoys the finer things in life. This next cat has lounging down to a science.

That kitty in the window.

Is this the epitome of comfort, or what? Do you think they make a human version of this window hammock?

When a cat lives to be 15 years old, you celebrate it. That's just a rule of life.

Yes, this is a real conversation between a mom and her kid. Looks like that cat is the favorite child.

He clearly is a stud. Just look at him!

Why settle for traditional cat food when your owners are willing to feed you lobster? This next cat also appreciates some special treatment when it comes to meals.

Look! A water fountain just for me!

Pretty sure the only reason he settles for tap water is because he doesn't know sparkling is an option. It's only a matter of time, though.

Something tells me the next step involves bringing an actual, live tree into the house.

Who could forget Delilah?

Few people have ever matched Freddie Mercury's level of cat obsession. He wrote the song "Delilah" about his pet cat!

That's it. I'm getting a cat just so I can do this birthday cake thing.