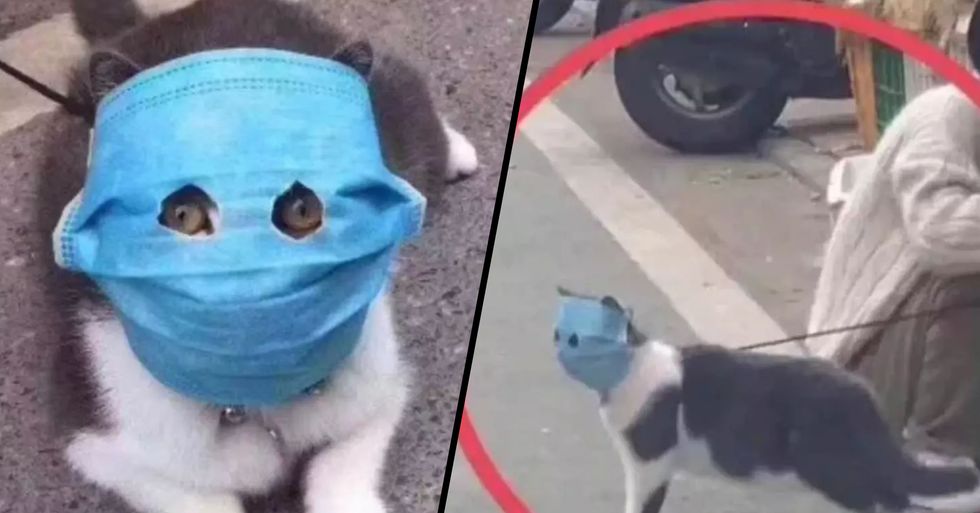 But the effectiveness of the popular face masks has been strongly questioned... and one person has actually been caught forcing their pet cat to wear one.

But despite this confirmation...

Many people are still overreacting when it comes to keeping their pets from contracting the virus.

Photos have emerged recently of an unfortunate cat in China...

It is currently unknown as to whereabouts in China the photographs where taken, but the cat has been forced to wear a makeshift face mask in the street.

Not only does the cat look extremely uncomfortable, but the mask will also do absolutely nothing to protect it.

Experts have confirmed the uselessness of face masks in situations such as these...

Speaking to the BBC, Jonathan Ball, professor of molecular virology at the University of Nottingham, said, "In one well-controlled study in a hospital setting, the face mask was as good at preventing influenza infection as a purpose-made respirator."