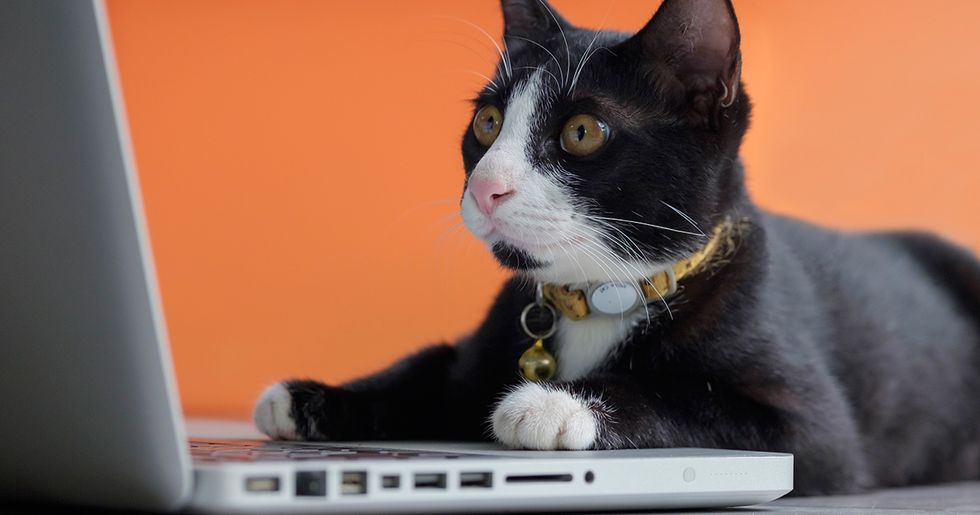 Just 19 Cat Pictures Because You Need Them Right Now

This is a PSA for you: #Caturday is a thing on Twitter, and it's just when people post adorable photos of their cats every Saturday.

The world may be on fire, but this corner of the Internet is pretty adorable.

Cats may be moody characters, but they photograph really well.

And the #Caturday hashtag proves that. Here are 19 incredible cat photos. They're for you. Yes, you.

Valli and I make the same face when it's super hot out. The summer is awful.

He's a regular Wizard of Oz! (Get it? Because he's the man behind the curtain.)

There is nothing in the world better than unlikely animal friends! I'd watch an animated show about this pair.

Look! At! That! Face! It's a tiny cat face on a regular-sized cat head. The next one is super relatable.

This sleepy cat knows that the only acceptable activity when it's hot out is to take a nap. A catnap, if you will.

Binky is a neighborhood cat who just wants everyone to have fun! Look at that smile!

That is some epic side-eye. That's what happens when you leave your precious cat for over a month.

Lola is the ultimate unimpressed cat. Are you going to try to dangle that mouse in front of her? Good luck.

Molly is clearly thrilled about her new cooling mat. I love her pose. The next cat is royalty.

Look at that markings on this beautiful wonder cat. She knows how incredible she is.

Best day of the week

I think it's clear that #Caturday is the best day of the week. Those eyes are huge.

If you're a cat or a person, to be honest, there's no better feeling than lying down on your back and rubbing against the cool rocks.

"Oh, hello there. I was just, um, busy having a very important business conversation with this snake."

That's quite a luxurious bed. And that cay deserves it. The next one is two for the price of one.

This is the face you make either when you see a mouse off in the distance or if you just farted in front of people.

The best thing you can do in this world is arrange it so you wake up next to an adorable animal every morning. It's the best.

This cat is an inspiration to all #Caturday pets and people out there. Stay safe, have fun, and enjoy your Caturday.

Happy Caturday to all! Remember, every day can be #Caturday when you search the hashtag on Twitter. Share this with someone who needs to see 19 cute pictures of cats.