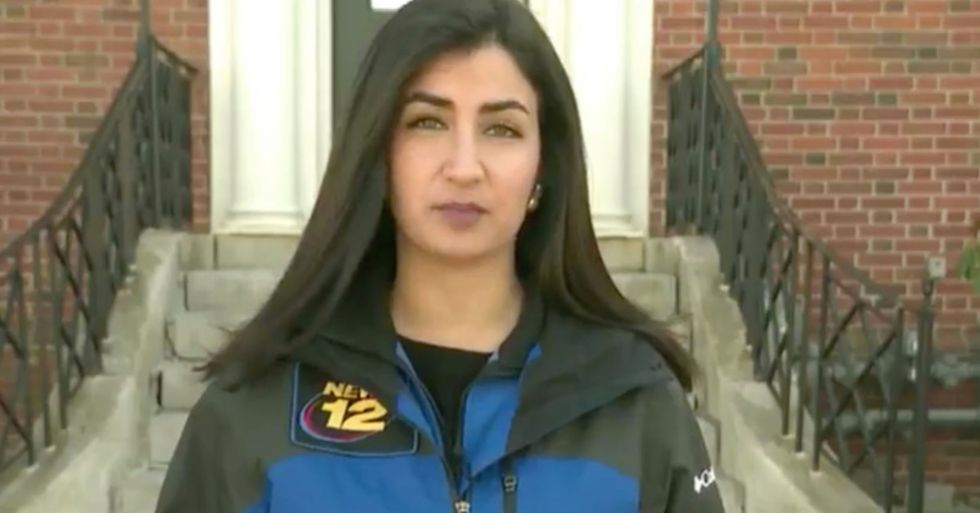 The tragic news has come in that CBS New York reporter Nina Kapur has passed away at the age of twenty-six, leaving so many devastated and heartbroken.

Nina Kapur has passed away.

Nina studied journalism at Syracuse University's S.I Newhouse School of Public Communication and Whitman School of Management as part of the class of 2016.

She went on to work as a reporter for WDVM TV in Maryland between May 2016 and November 2017.

She then had a stint working as a news reporter for News12 Connecticut...

The young woman had an awful lot going for her...

On her LinkedIn profile, she described herself as an "experienced reporter with a strong sense of news judgment."

In the last few months, Nina has been doing her reporting from home due to the ongoing pandemic...

And it's easy to see that she is a favorite amongst viewers across the country.

Her flair for story-telling was infectious...

And it was very hard to not fall in love with her charming personality.

She has been focusing a lot on the BLM movement...

And she has made it clear that she strongly supports the global movement that is demanding justice for black people.

It has been reported that Nina lost her life on Saturday.

The news channel dedicated a heartfelt tweet for Nina...

We are heartbroken over the loss of our colleague and friend, Nina Kapur. Nina passed away over the weekend. She wa… https://t.co/IlZmyDeONu
— CBS New York (@CBS New York)1595258202.0

And they spoke of how she was known for her "contagious smile" and "love for storytelling."

This devastating news has shocked many...

Our hearts are broken. @CBSNewYork @ninakapur1 we will miss your smile, your warmth, your presence. Rest In Peace y… https://t.co/mmq8bbpFyj
— Chris Wragge (@Chris Wragge)1595231216.0

And tributes have been flooding in for the young woman.

Nina's colleagues have been speaking out...

And they have been reminiscing on the good times spent with this charismatic young woman.

Her life was cut way too short...

Nobody deserves to die this young.

She impacted many lives...

And she was clearly a very loved individual.

Working for CBS New York was a dream of hers...

Shocked to hear of the loss of Nina Kapur over the weekend. She was a fantastic CT reporter and had just moved to h… https://t.co/HDPlCndnMO
— Thom Cordeiro™ (@Thom Cordeiro™)1595257811.0

And it is utterly heartbreaking to know that her dream was cut so brutally short.

So, what on earth happened to end this young woman's promising life?

CBS New York reported that Nina was involved in a moped accident on Saturday.

She passed away shortly after being rushed to the hospital...

But so far, no further details are known about the circumstances surrounding her death.

Make sure to stay posted for further updates. Read on to find out about all of the tragedies that we've had so far this year...