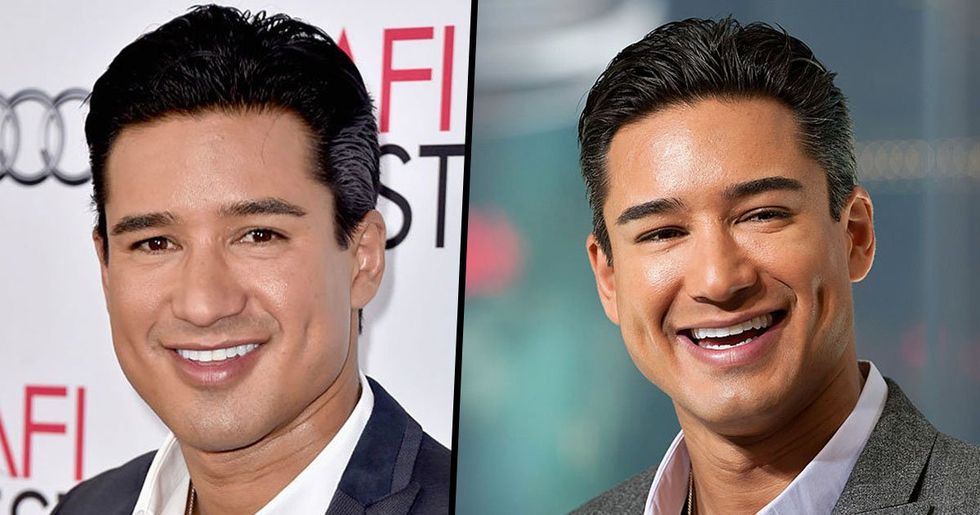 Change is usually a good thing but people often see it as the complete opposite. Maybe it's because no one really enjoys heading into the unknown. Will it bring about good things or will we be wishing we could go back in time and reverse our actions?

Our society is rapidly changing. For some people, it's a sign of change that is going to revolutionize years to come, but for others, who see it as a breeding ground for "snowflakes", it's their worst possible nightmare.

Well, this story concerns a topic that has been the center of global debates for a while now: being transgender. Keep reading to hear the full story about how comments made by Mario Lopez had him labeled "transphobic" and the after-effects of his detrimental comments.

For all of you who aren't aware, this is Mario Lopez.

A forty-five-year-old American actor and journalist who has appeared in a variety of television shows.

He is best known for his role in Saved By The Bell .

I bet you all thought he looked quite familiar, right. Yes, he played A.C Slater, a popular jock who had a thing for sports.

And his career expands further than just acting.

He has also been the host of some of America's best talent shows including, Dancing with the Stars and the American version of The X Factor.

And the nation couldn't help but fall in love with the smiley star.

Despite many cheating scandals dominating his personal life, everyone couldn't help but warm up to him. I'm telling you, it's that killer smile. But since this particular news story broke out, he's lost more than just a couple of fans...

In an interview on The Candace Owens Show , he made a pretty bold statement.

Lopez, who has three children of his own, had some very controversial advice for his fellow parents.

He claimed that supporting transgender children is "dangerous."

During the lengthy interview, the host brought up a "weird trend" in which parents take cues from their children about how they wish to identify.

In April, Charlize Theron shared with us what her son had said to her.

The actress told The Daily Mail: "Yes, I thought she was a boy, too, until she looked at me when she was 3 years old and said, "I am not a boy!"

The debate has been intense and ongoing.

People are divided and it seems like no one is ever going to agree on this issue. Let me sum up the two most prominent sides of the argument for you...

We have the people who think children aren't old enough to be making such monumental decisions that could alter their entire lives. They don't understand the impact of the consequences of making such a choice.

We have those who believe in supporting children no matter what, even if that means aiding them in processes that they might regret later on. Each side seems to have a valid point, but at the end of the day, the final decision lies with each individual parent.

The host of The Candace Owens Show clearly stands on one side though.

Owens claimed that it's "weird" that parents would listen to these kinds of things from a child. She said: "This [concept] is strange to me, and [parents] say, ‘Oh, I looked at my child and my child was swimming in a bathtub and looked up and said, "Mommy, I’m a boy"."

And Lopez seemed to agree.

He responded: "I’m kind of blown away too... If you're 3 years old and you’re saying you’re feeling a certain way or you think you’re a boy or a girl or whatever the case may be, I just think it's dangerous as a parent to make this determination then, well, OK, then you’re going to a boy or a girl, whatever the case may be ... It's sort of alarming and my gosh, I just think about the repercussions later on."

Even though the interview took place in June, Twitter only just noticed it...

And they weren't going to let it go.

Some people weren't too happy with his approach.

A lot of the tweets were centered around this idea that "sexuality" and "gender" are two separate entities and should not be used as direct synonyms.

Others have gone as far as altering his Wikipedia page!

People are very angry, to say the least.

"When you’re a kid ... you don’t know anything about sexuality yet. You’re just a kid."

Is this a simplistic way of thinking or does he have a point? Children do pick up ideas from the things they see or hear. Some people have said that it could be considered "irresponsible" to give a child such power over a decision like this. Others would argue that children have actually evolved over time. Nowadays, you can find so many young people who have massive careers, who have more direction than we ever did as children. So if they can have that, why can't they choose their own gender?

It is an extremely complex debate.

However, one thing's for sure, this isn't the first controversial thing Lopez has said. He also claimed that hashtags such as #BelieveWomen, which aims to support victims of sexual abuse who may have been too afraid to tell their story, as "dangerous." I wonder if this is because he was accused of rape by two separate women? Don't shoot yourself in the foot, Lopez.

He does love throwing that word around, doesn't he?

Topics such as these need to be handled with care and sensitivity, which I think he did. But the underlying message of his opinion only proves one thing to some. While I understand there are exceptions to cases, a big reason why we have these hashtags is to raise awareness for those who feel like they don't have a voice.

Dismissing or manipulating that awareness can have "dangerous" consequences.

Ain't that right, Lopez? However, some people are also defending the actor saying that he just simple shared where he stands on the matter.

There's only one thing we need to be clear about.

As I have mentioned previously, at the end of the day, the decision lies with each parent and what they believe is best for their child. An opinion is an opinion, even if you think it's a sh*t one.

And apparently, Lopez has now acknowledged that his opinion was, in fact, just that.

After experiencing immense backlash for his comments, Lopez is now backtracking, saying he shouldn't have said all that in the first place. Yikes.

"The comments I made were ignorant and insensitive."

In a statement, he explained himself: "The comments I made were ignorant and insensitive, and I now have a deeper understanding of how hurtful they were," he said. "I have been and always will be an ardent supporter of the LGBTQ community, and I am going to use this opportunity to better educate myself. Moving forward I will be more informed and thoughtful."

Some people have defended the star claiming that he was only expressing himself.

Even PragerU has chimed in.

Evidently it's now *scandalous* to say that a child probably shouldn't be making their own life-altering decisions… https://t.co/s3xiwGwl62
— PragerU (@PragerU)1564578133.0

PragerU was the name of the video series hosted by the thirty-year-old conservative figure, Candace Owens. And because she holds similar views to the ones Lopez expressed, we're not really surprised that they had this to say.

However, others had a very different outlook on the matter...

Lopez has been called out for using his platform to spread toxicity. He has received hundreds upon hundreds of messages warning him about the dangers of promoting such opinions to millions of followers when he's not exactly educated on the matter.

How can Mario Lopez understand how it feels to be a parent who has a child going through such a tough transition? There is a clear difference between children just randomly repeating something they hear versus a child who is visibly struggling with their identity.

And it is down to parents to support their children through tough times.

So aiming comments such as the ones Lopez made, seems to have hit home with parents who have young, transgender children. Support doesn't always mean that you have to agree with hormone treatments and surgeries; It just involves being there for your child. That's it.

People who know trans children understand the pain they endure on a daily basis...

And it's quite shocking to hear about the devastating effects it can have on such a young person having to pretend to be someone they're not.

Not everyone's convinced he was wrong...

After originally hearing what he had to say, a lot of people claimed that the comments were "taken out of context" and that "you should watch the whole video."

But Lopez did call children who want to choose their own gender a "weird trend."

That's the problematic aspect of it. Just because social movements such as this one has gained more momentum, it doesn't necessarily mean it's a trend. This is the reality of millions of children worldwide so reducing it down to such a dismissive term is bound to ruffle feathers.

Imagine thinking children would put themselves through all the physical and emotional pain for a "trend."

This is why celebrities couldn't help but stand against the Saved By The Bell star.

Firstly, we have Jonathan Van Ness, who was pretty vocal about the whole thing.

Put your money where your mouth is @MarioLopezExtra spread some of your wealth and influence with this incredible o… https://t.co/XDEp6y8vCS
— Jonathan Van Ness (@Jonathan Van Ness)1564610487.0

The Queer-Eye star called Lopez out in a series of directed tweets.

He had no problem with hitting Lopez with some hard facts.

If you’re not raising a child who is part of the LGBTQ+ community you should really be quiet. You don’t need to und… https://t.co/vsfSGSGgre
— Jonathan Van Ness (@Jonathan Van Ness)1564584237.0

He continued in the comments.

Clarifying himself, he urged people to speak up about trans rights.

Of course, he is extremely passionate about the issue, using his platform to raise more awareness.

Fellow Queer-Eye star, Karamo Brown also had something to say.

He said he was "disappointed" when he heard the news.

However, he didn't believe Mario Lopez should be "canceled."

Fans were expressing how the actor needs to be "canceled" for making such demeaning and insulting comments towards the trans community, but Brown had a slightly different response.

And the editor of the American news outlet "Human Events" threw his opinion into the mix too.

A slightly different approach to Brown, but hey, you can't really blame him for being angry.

Even though Lopez might be forgiven any time soon, we're glad he made the apology.

It's the first step in the right direction and hopefully, after this, more people will educate themselves on what it means to be transgender before sharing their opinions.