Celebrities Who Also Happen to Be Genius-Level Smart | 22 Words 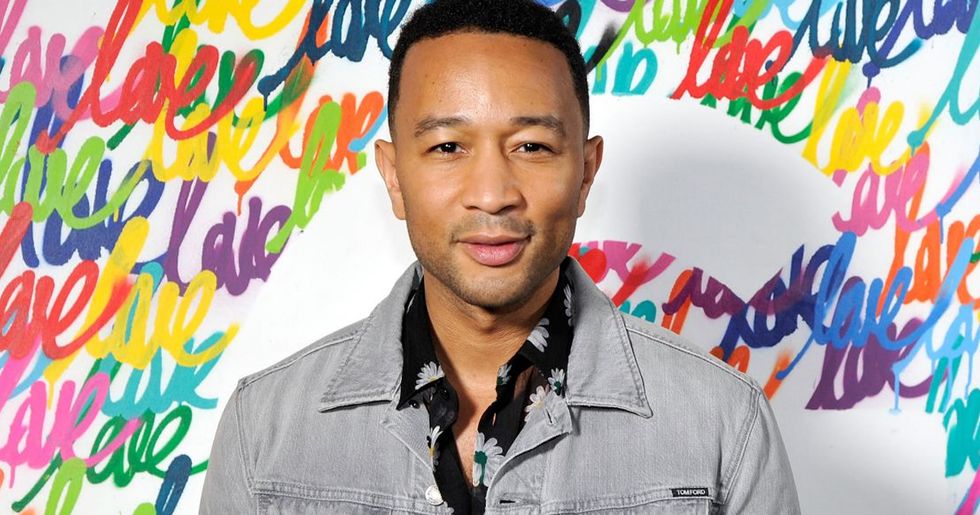 Celebrities Who Also Happen to Be Genius-Level Smart

Celebrities are pretty fascinating. Even if you're a person who isn't into popular culture or keeping in the know when it comes to famous people, you can't deny that there's just something about a celeb that's alluring. Maybe it's because of the fact that they seem larger-than-life on our TV screens and in movie theatres. Or maybe it's because they generally live a life of glitz and glamour that is so unlike most of our day-to-day. It could also be the fact that most of them are rich as can be, jetting off on private planes and vacationing in luxurious, island resorts.

Whatever it is about celebs, there's a reason they're famous. But aside from their artistic and creative talent, did you know that some of your favorite celebrities are straight-up geniuses?

If you're curious about how smart some celebs are, don't worry. Keep reading to find out which famous person would make the best study buddy.

It's already common knowledge that most celebrities are beautiful, rich and talented.

But did you know there's a good number of them that are also geniuses? And no, not just as creative geniuses... There are celebrities out there who are so smart, it's kind of insane.

In an interview with NPR, the pop singer confessed that growing up, "I was very studious. I was in the international baccalaureate program, I loved physics and math, and I was in the marching band. After practice, I would drive to Belmont [a college in Nashville] and listen to Cold War history classes; I just think it's so interesting. I was really curious about a lot of things that are much deeper than partying and dancing." She also got a nearly perfect score on the SATs.

He may play a big goof on Modern Family, but the 20-year-old actor graduated high school when he was only 13-years-old. He has an IQ of 150 and is also a member of the high IQ society, Mensa.

Not only can the Colombian singer speak six languages, but she also has an IQ of 140. Her hips don't lie, and neither does her brain.

The Friends actress graduated from Vassar College with a biology degree, and actually conducted clinical research on headaches while working with her father.

The Scottish actor was actually offered a place to study law at Glasgow Univesity. He even secured a spot as a trainee lawyer at a firm in Edinburgh.

The That '70s Show actor studied engineering at the University of Iowa. He actually wanted to go to MIT or Purdue, but was kicked out of the National Honors Society after he broke into his high school for a silly prank. Oops.

The comedian and actor is a licensed obstetrician. Jeong was pre-med at Duke University, received his MD from UNC-Chapel Hill, and then did his residency in New Orleans.

The actress and screenwriter attended Dartmouth University and is an award-winning playwright.

The Roots musician is an adjunct professor at New York University's Tisch School of the Arts.

The supermodel was the valedictorian of her high school and studied chemical engineering at Northeastern University.

The Grammy-winning singer and songwriter graduated from high school at the age of 16 and was valedictorian. She chose to pursue her music career rather than attend Columbia University.

Before he landed the role of FBI Agent Fox Mulder in The X-Files, Duchovny was a Ph.D. student at Yale University, studying literature.

The actress attended Harvard University and got her master's in Public Administration.

The comedian and actor was a guest professor at the University of Pennsylvania and taught two courses. Penn also previously joined the Obama administration in 2009 as an Associate Director in the White House Office of Public Engagement.

The Rocky IV actor and martial artist is a graduate of the Royal Institute of Technology in Stockholm, won a Fulbright scholarship to MIT, and has a master's in chemical engineering from the University of Sydney.

The Thor actor can speak a total of four languages.

Not only is the Academy Award-winning actress a graduate of Harvard University, but she's also been published in several scientific journals.

The comedian and actress studied law before she made it big in Hollywood. She's said that her law background helped when it came to negotiating her acting contracts.

The model is a coder and actually created a scholarship to teach young girls how to code.

The musicians are all graduates of Columbia University.

The Big Bang Theory actress earned a Ph.D. from UCLA in neuroscience.

Basketball legend Shaquille O'Neal earned his master's from the University of Phoenix. He also earned his doctorate in education from Barry University.

The comedian and actor is a member of Mensa. Not only is he a comedic legend, but he's brilliant as well.

The Lord of the Rings actor speaks a whopping seven languages. Is one of them Tolkien's Quenya?

The Panic Room actress speaks multiple languages and is a graduate of Yale University.

The Academy Award-winning actor co-authored a research paper which explored political orientations and brain structure. So many ridiculously smart celebs, so little time. Who would you want to be your study buddy out of all of these famous brainiacs?