9 Celebrities Who Were Killed by Their Own Fans | 22 Words 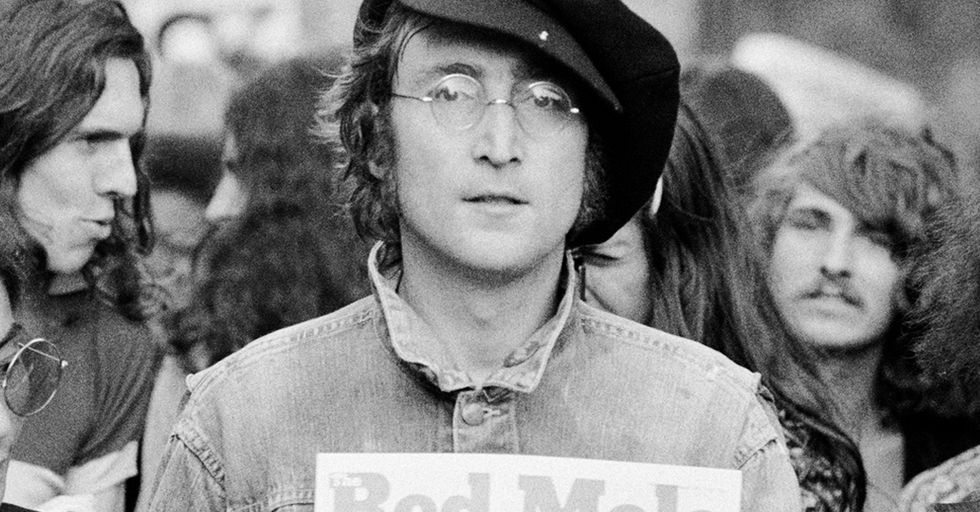 9 Celebrities Who Were Killed by Their Own Fans

Sometimes fandom is more than just a hobby. It can become an obsession. And for some fans, obsession can lead to something much worse: murder.

Unfortunately, celebrity stalkers are not an uncommon event, and occasionally they turn deadly.

These celebrities were brutally murdered by the people who were supposed to care about them the most: their fans.

Andrés Escobar was murdered after he cost his team the World Cup.

Andrés Escobar was a Colombian soccer player. In 1994, he accidentally scored a goal on his own team in a World Cup match against the United States which got them eliminated from the tournament.

Five days later, Escobar was approached by a group of men who shot and killed him.

The men were angry about the own goal Escobar scored on his team and apparently murdered him as punishment for costing their country the World Cup. Allegedly after each shot, the gunman yelled "Gol!" in reference to the shot he scored on his own team.

The Voice star Christina Grimmie was murdered by a fan while signing autographs.

Twenty-two year old Christina Grimmie was a rising star. She'd just won third place on the TV show The Voice and had a blossoming career in singing, songwriting, and even acting. In June of 2016, Grimmie was signing autographs after her concert when a man named Kevin James Loibl shot her three times.

Kevin James Loibl had traveled from his home in St. Petersburg, Florida to Orlando by taxi with two handguns and a hunting knife.

Infatuated with Grimmie, he came specifically to commit the crime. Grimmie's brother was at the event and tackled the man, who then shot himself. Grimmie was pronounced dead a few hours later.

Actress Rebecca Schaeffer was killed by her stalker.

Rebecca Schaeffer was an actress who starred in the sitcom My Sister Sam. She died at age 21 when her stalker, Robert John Bardo, shot her in her apartment. Bardo had been stalking Schaeffer for three years. He had written her numerous letter, and one was even answered by her fan service. He tried to get on set several times to see her and was turned away each time by security. But that wasn't enough for Bardo, find out what happened on the next page.

In 1989, Schaeffer, who had played a girl-next-door type on My Sister Sam, starred in a movie where she was in bed with a man.

This angered Bardo, who thought it tarnished her image. He found her home address and showed up at her house. When she told him to go away, he left, but returned shortly after with a gun and shot Schaeffer in the chest. She died at the hospital.

Dimebag Darrell was killed on stage during a concert.

In 2004, guitarist Dimebag Darrell was performing with his band Damageplan when a crazed fan shot and killed him. His murderer was a fan named Nathan Gale, who blamed Darrell for the break up of his former band Pantera. Gale also was suffering from a mental breakdown and believed he had written some of Pantera's songs that Darrell was stealing from him.

John Lennon was shot by a fan outside of his apartment in New York City.

Probably the most famous fan murder of all time, John Lennon of the Beatles was killed by Mark David Chapman in 1980. Chapman waited outside of Lennon's apartment all day. It was common for fans to wait outside Lennon's apartment for autographs, and he frequently obliged them.

Chapman approached Lennon, asked for an autograph around 5 pm, which Lennon gave him.

But Chapman didn't leave. Lennon then went to dinner and returned to his apartment around 11 pm. Chapman was still there, waiting. He shot Lennon four times, killing him.

Albert Ebosse was murdered by a soccer fan.

Ebosse was a soccer player for Cameroon. He was murdered in August 2014, when a fan threw something at his head as he left the field after a game. Not every fan murderers the subject of their obsession, sometimes they take it out on someone else. Find out who Jodie Foster's stalker killed on the next page.

Jodie Foster wasn't murdered by a fan, but a fan almost murdered Ronald Reagan for her.

In 1981, John Hinckley Jr. shot President Ronald Reagan while he was leaving a speaking engagement. Hinckley also shot Press Secretary James Brady, a police officer named Thomas Delahanty and a Secret Service agent named Tim McCarthy. All four survived the attack, but Brady suffered brain damage and in 2014 died from his injuries. Hinckley claimed the attack was to impress actress Jodie Foster, who he became obsessed with after seeing the movie Taxi Driver over 15 times.

Princess Diana's death could be attributed to fans.

Princess Diana died in August 1997 after a car crash in France. The cause of the crash is officially blamed on the driver, but many blame the paparazzi that frequently followed Diana around for causing the accident. It is thought that maybe the driver was driving in an unsafe manner in order to evade photographers.

Selena was a huge star who was about to be even bigger before the president of her fan club murdered her.

Yolanda Saldívar's interest in Selena bordered on obsession. She was said to have Selena's photo and memorabilia all over her apartment before she ever bet the star. She begged Selena's family to let her start a Selena fan club, and they allowed her to. She soon turned to more than that when she became Selena's boutique manager and friend.

But it came out that Saldívar had been embezzling money from the fan club.

When this became clear to Selena and her family, Saldívar lured Selena to a hotel room with a story that she had been raped and needed Selena's help. After Selena took Saldívar to a hospital and returned her to her hotel room, the two got into an argument, and Saldívar shot Selena in the back. Selena ran from the room, and Saldívar followed her, screaming obscenities. Selena died shortly after.

Because of their high profiles, it's easy for people to get obsessed with celebrities they don't actually know. And because celebrities whereabouts are often public, they can be an easy target. Luckily, in recent years, in part due to some of these high profile murders, stalking laws have become more intense. Are you a true crime head? Share this post on Facebook and see which of your friends knew about these celebrity murders.