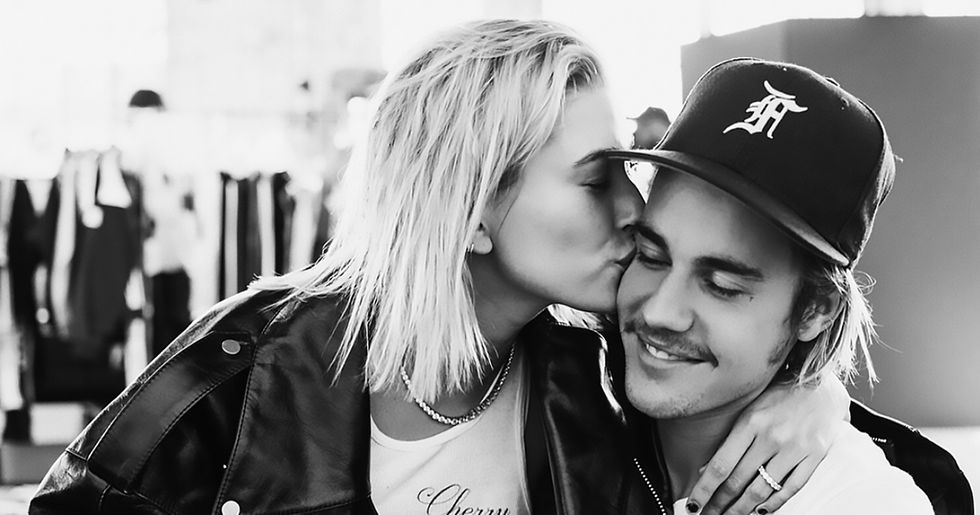 Celebrity Mustaches We All Just Had to Deal With

Stars! They're just like us — going through a phase! Remember when you first started developing facial hair, and anything you tried was so novel it made you feel cool? So you shaved your blossoming beard into a wispy little mustache and walked into 10th grade English with an all-new swagger. How long did it take for you to notice that your quote-unquote "mustache" was weirding people out and it simply had to go? Two days? Three?

However long it took, you almost certainly realized what was going wrong facial hair-wise more quickly than these celebrities. Celebrity mustaches always hang around longer than we're comfortable with. Why do you think that is? Are all celebrities constantly hanging out with a bunch of yes-men who tell them the mustache looks great?

Well, I'm here to tell you that, no, celebrities, your mustache does not look great. Get rid of it. Today.

In any event, when a celebrity makes a facial hair faux-pas, it's the fans who have to just deal with it. Here are the celebrities who subjected us to their weird-looking facial hair.

Since bursting on to the scene in the late '90s as Kelso on That '70s Show, Ashton Kutcher's been a great go-to actor for dumb frat boy-type characters, and one big reason he's been good at that role specifically is that he's out-of-this-world attractive.

But he ruined that look with a mustache.

Nowadays, we don't see Ashton Kutcher in as many movies. Could the mustache he grew be the reason? Let's be honest — the only reason characters like the kind Kutcher used to play were so lovable was that they were nice to look at. With the mustache? I dunno... I get shivers.

Recently though, he has let the mustache fill out.

Maybe that's because the reason we're not seeing Ashton Kutcher playing more goofy dummies is that he's devoting most of his time to ending human trafficking. And in that role, the filled-out mustache does give him a bit of gravitas.

Aaron Rodgers always had a bit of scruff.

Despite playing quarterback for the last God only knows how many years, Green Bay Packer Aaron Rodgers has never had that clean-cut All-American look so many other QBs do by keeping around a bit of scruff.

But a few years ago, he started rocking an embarrassing 'stache.

Listen, most NFL quarterbacks are big-time dorks, owing to the fact that they go to sleep at 4 PM and only eat tomatoes so they can stay in shape. But this mustache is a whole new level of dorky. It's "I am the kind of dad who will not stop telling your friends bad jokes during sleepovers"-level dorky.

Of course, stupid Aaron Rodgers doesn't care what we have to say about his facial hair.

Ever since his famous "R-E-L-A-X" interview when the Packers started off a season with a string of losses, Aaron Rodgers has let everything roll off his back, including our digs at his mustache and — worst of all for Minnesota Vikings fans like myself — the edge-rushing combo of Danielle Hunter and Everson Griffen.

He may not be your favorite James Bond — go ahead and let your childhood nostalgia for GoldenEye on the N64 carry Pierce Brosnan to that title — but Daniel Craig is pretty objectively, in a vacuum, the best James Bond.

But this mustache he used to rock?

Dear lord. James Bond — the coolest, best-looking super spy in history — would never be caught dead with a mustache like this. Octopussy would've shut him right the hell down.

It's probably the most embarrassing thing a James Bond has ever done.

And one time Roger Moore dressed up as a clown.

Since we first saw him on Arrested Development when he was about 12, Michael Cera looks like he's aged maybe two years in the last 13.

You can see, then, why he'd be so eager to grow facial hair.

If you were a 30-year-old still getting carded when you try to buy a ticket for a PG-13 movie, yeah, I can see forcing a mustache — even when it looks like... that.

It had to have been a huge day for him when it started growing.

Waking up with the beginnings of a mustache must have been as exciting for Michael Cera as waking up on Christmas morning with a Nintendo 64 and GoldenEye under the tree was for me.

We know Michael Phelps is the best at swimming...

... but is he the best at being handsome? Sure, perennial heavy-hitters like George Clooney and Ryan Gosling have to be in that conversation, but Michael Phelps has one advantage — he looks like your friend's goofy older brother who you almost for sure had a crush on.

That mustache reminds you of why you stopped having a crush on that older brother. He didn't move out of his parents' house and got a job at the gas station and started tucking his thumbs into his belt loops while he talked.

Do we know if mustaches help of hinder you in swimming?

Don't swimmers have to shave off all their body hair so they can cut through the water more easily? The mustache, then, would've added some unneeded drag in his face during the breaststroke — just one of many reasons had to go.

This right here? This is the kind of handsome Boston boy you could bring home to your New England Patriots and Dunkin' Donuts-loving parents.

But for True Grit, he had to rock a mustache.

I would argue that True Grit is the most over-looked of the Cohen brothers films, but that mustache did Matt Damon no favors. Those same Pats & Dunkin'-loving parents would take one look at this face and say, "who's this guy ova here think 'e is? I pahked mah cah in the Hahvahd yahd."

Although, he looks better with the mustache than he did bald.

Oh. Oh Matt Damon. Oh honey. You looked so good in Good Will Hunting — if it ain't broken, don't fix it.

James Franco is the one celebrity who can kind of pull off a scruffy mustache.

There's something about James Franco's face that makes the kind of whispy, thing mustache that 14-year-old boys rock look okay. If we could find out what that quality is, Michael Cera would have plastic surgery to get it lickety split.

But once, he let the mustache fill out.

Come on James Franco, you look best when you're wearing a mustache that makes you look like a drug dealer, not a narc.

But clean-shaven or not, there's one thing we can all agree on vis a vis James Franco.

He has an incredibly punchable face, right? It's not even really anything personal — I just want to punch it so bad! Hopefully there's some sort of charity auction where James Franco puts up the opportunity to punch him in the face. I would pay up to 1,000 dollars.

Ooh baby, look at this man. His cheekbones are higher than the girl in that Tal Bachman song "She's So High," which is to say they are very, very high.

It pulls all the attention from his otherworldly cheekbones. It's really just an unforced error in an otherwise insanely pretty face.

That said, Orlando Bloom's most famous role featured a mustache.

I know, I know, the guy rocked a mustache in the Pirates of the Caribbean movies, but that was a complete aesthetic. When he wore just the mustache, he was missing a lot of pirate details (earring, sideburns, ponytail) that made this look work.

Look at Justin Bieber and his mustache-less face.

Since he appeared on the pop scene at just about 12 years old, no one would blame you for thinking of Justin Bieber as a perpetually fresh-faced kid.

But today, the guy's got such a 'stache.

Perhaps an attempt to move as far away from his wholesome, childish image as possible, the Justin Bieber of today is wearing a mustache that looks a lot like my neighbor's front yard two weeks after they planted grass.

At least he was proud of it?

Since he's still wearing that same mustache today, I think you've got to admire Justin Beiber for wearing a mustache he clearly enjoys. Live your life, Biebs.

Henry Cavill has the best jawline in history.

No wonder they made this guy Superman — it really looks like punching him in the jaw would break your hand. He has just the most powerful-looking face.

And he could even pull off a mustache.

In a nice bit of character detail, while playing a secret agent in Mission: Impossible Fallout, Henry Cavill grew a mustache that made him look more like a career bureaucrat than a suave super-spy.

When the Superman-lead Justice League movie needed late reshoots, Cavill was already in the middle of filming Mission: Impossible Fallout. Warner Bros. had to then digitally remove the mustache from a number of Superman scenes. The Last Son of Krypton can not look like the Last Son to Move Out of the House.