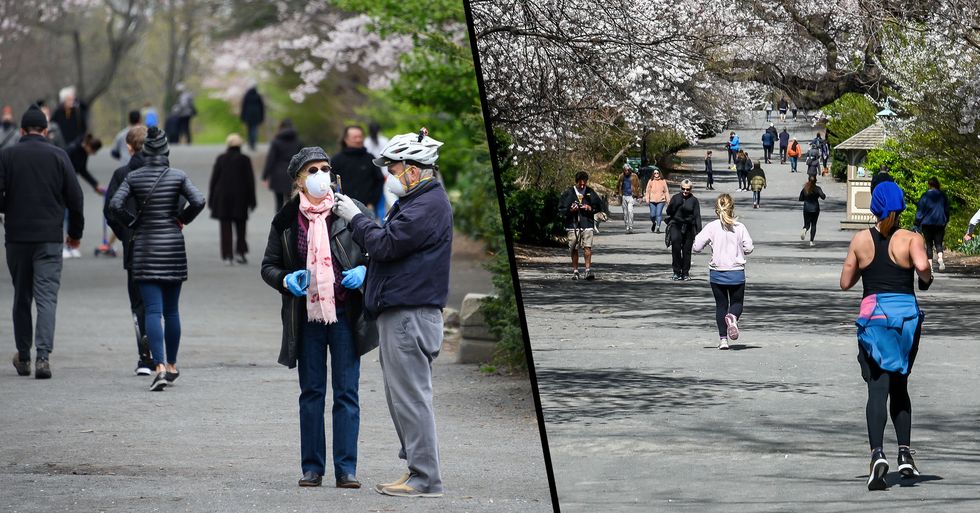 Of course, it is extremely difficult to be kept away from loved ones, but we must do so in order to protect those most vulnerable in our society. However, while half of us are tucked away in our homes, the other half are having a lovely picnic at the park.

Keep scrolling to see some of the horrendous images from this weekend...

Here in America, we are practicing the art of "social distancing."

The virus is on the verge of peaking here in the States.

With over 348,325 active cases and over 10,000 deaths, you would expect people to be more cautious with their actions, but no.

"Just because you're wearing a mask, doesn't mean you're immune, Karen!"

After the photographs surfaced, people just couldn't believe their eyes.

This user told NYC to "wake up!"

It really isn't a joke.

Some imbeciles took a trip down to nature reserves and local parks for a lovely picnic and when stopped by the authorities, they all claimed they were on their daily exercise hour.

Listen to the advice:

Stay home. How else can someone get it into your heads? We can manage another month if it means we'll all be allowed to return to our normal lives soon. Keep scrolling to read some news about how this virus is affecting our homeless locals...