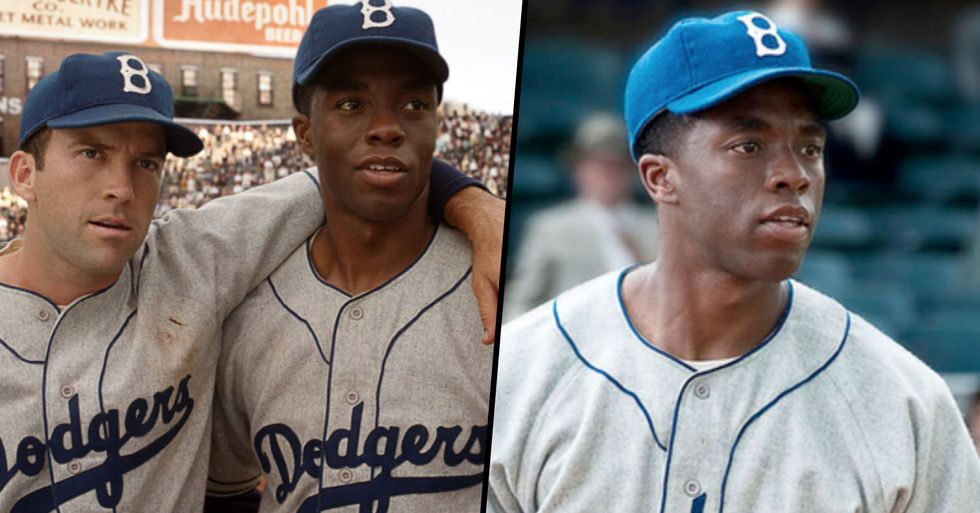 Tributes have been flooding in for the late star Chadwick Boseman, and now over 300 AMC theaters are doing something amazing in his honor.

His fans have been given the chance to see Chadwick in all his glory for the last time...

With many pointing that although Boseman wasn't set to star in the upcoming Black Panther movie in 2022, he was also preparing for other roles in between.

And with all the tributes pouring in for the actor, AMC theatres are contributing by giving fans the chance to see Chadwick in all his glory.

Following an overwhelming guest response to our poll, 42 is coming back to the big screen at #AMCTheatres honoring… https://t.co/5nVLStS3YH
— AMC Theatres (@AMC Theatres)1598996882.0

In honor of the star, AMC Theaters will be screening the movie 42 that came out in 2013, with him as the leading man.

Three hundred AMC theater locations are set to screen his film at a discounted price of $5.

Warner Bros. and Legendary, have teamed up with AMC for this tribute.

All the theaters that will be screening the film are those that have opened after COVID-19 closures.

And tickets are already on sale.

Making my way through the work of #ChadwickBoseman Watched 42 today fighting back tears. Tears for the achievements… https://t.co/2VsKJSSgx9
— Kyle Lima (@Kyle Lima)1598974456.0

And was a hit in the box office earning nearly $100 million!

Harrison Ford, Andre Holland, Christopher Meloni, and Nicole Beharie were some of the other famous names Chadwick worked alongside.

The film revolves around the first African American to play in Major League Baseball, on April 15, 1947.

AMC created a poll for fans to chose their favorite role Chadwick played.

Chadwick Boseman was an inspiration on and off the screen and will be missed. While we all loved him as T'Challa, w… https://t.co/LvZjRiILaV
— AMC Theatres (@AMC Theatres)1598728124.0

Although Black Panther was excluded from the choices.

I’ve posted this b4 but this is 1 of my favorite scenes ever. Chadwick Boseman as Jackie Robinson talking with Luca… https://t.co/jyrqej4YEl
— MOVIEDEATHS (@MOVIEDEATHS)1598670603.0

Calling him "as compelling, powerful and truthful as the characters he chose to play. His intelligence, personal dignity and deep commitment inspired his colleagues and elevated the stories he told."

The Jackie Robinson Foundation called Chadwick "a consummate professional" who "absorbed every story, every memory, and every photo and film excerpt he could consume to help translate the soul of an American hero."

Netflix is set to release Chadwick's final film, Ma Rainey's Black Bottom, although we don't know what date this will arrival. Keep scrolling for more on the late star, including Black Panther's Letitia Wright's moving eulogy...
20%

$2.58 $2.06
Buy Now
See More Deals
We hope you find these deals as awesome as we do! Just an FYI: we may receive a share of sales from links on this page