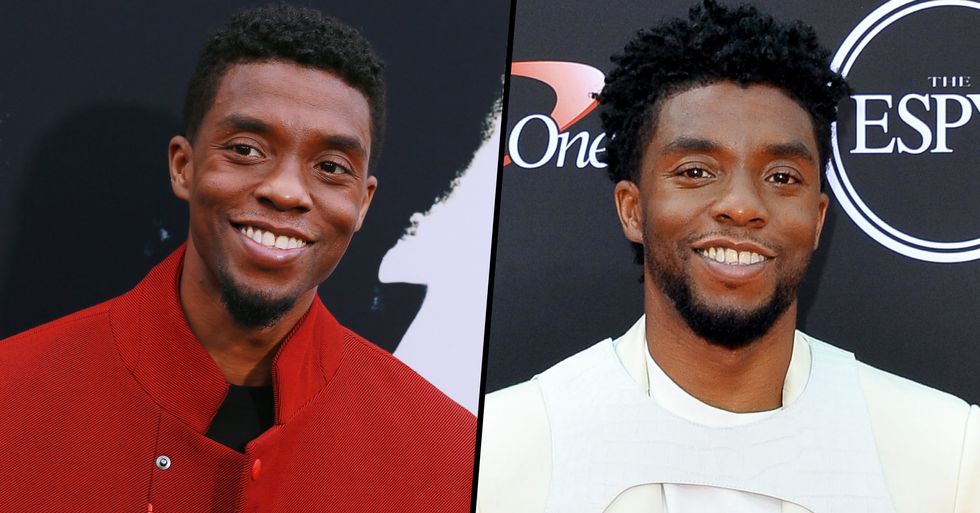 Chadwick Boseman had been dealing with the diagnosis of colon cancer for 4 long years, which he decided to keep out of the public eye. In fact, only a select few knew about his illness.

The reason why he decided to keep his illness a secret has finally been revealed, and it's heartbreaking...

And there's a heartbreaking reason he decided to keep it a secret.

So many more amazing details have emerged about Boseman's life...

Including his decision to keep his terminal illness a secret.

It was reported only Chadwick’s family and a small group of insiders knew about the severity of his illness.

The small group included; producing partner Logan Coles, trainer Addison Henderson, his agent Michael Greene, and director Brian Helgeland, who all had "varying degrees of knowledge about the severity of his condition."

Sadly, by the time he had read the message, Chadwick had already passed away.

There was a reason why Chadwick didn't want to make his illness public...

An insider revealed tat Chadwick "was convinced until about a week before his death that he was going to beat cancer and would be able to gain the weight back for a Black Panther sequel that was scheduled to go into production in March. The actor was even set to prepare for the new film beginning in September."

This is such a tragedy.

Rest in Peace, Chadwick Boseman. Keep on reading to learn about the celebrity tragedies so far from this terrible year...