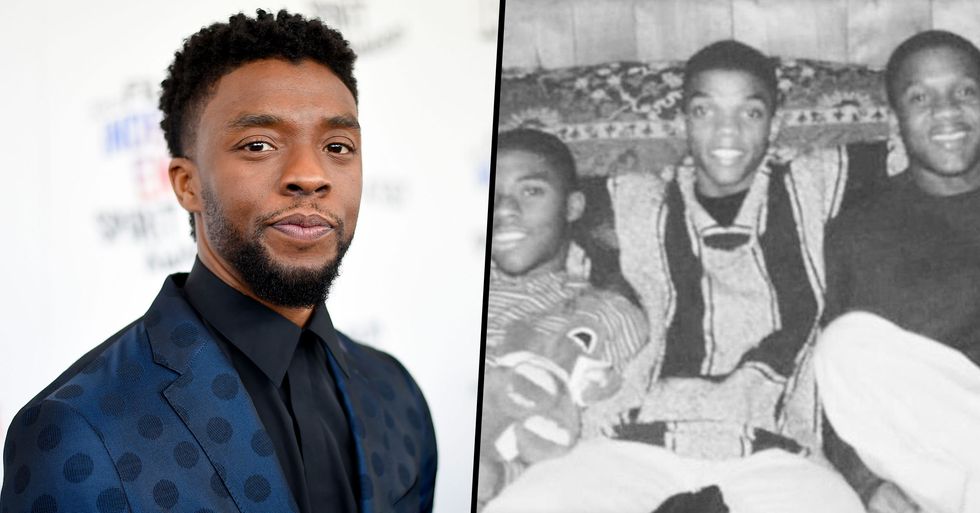 Chadwick Boseman's Brothers Open up About His Final Days

Since the shocking death of Chadwick Boseman, the world was left heartbroken over the tragic loss. Now, a month on, his brothers have spoken out about his final days...

Over a month after his death, tributes for Chadwick Boseman are continuing to pour in.

No one can seem to get over the death of the late actor back in late August.

The tragic news shocked us all.

And now his brothers have decided to speak out about his final days...

And it has provided us with the comfort that we needed.

They shared some intimate details about their late brother.

And as heartbreaking as they were, we're glad he was surrounded by his loved ones before he passed.

Thankfully, he has left behind some amazing content to remember him by...

Then it all made sense when the announcement was made...

And as much pain as he was in, he carried on doing his job.

But recently, his brothers talked about what happened on his final days and it really brought a tear to everyone's eyes.

Just after a month after his passing, Kevin and Derrick are opening up about the time they spent together.

They told the New York Times, that he was ready for the end of his battle with colon cancer.

Fifty-four-year-old Derrick, who is a pastor said that his brother told him this:

"Man, I'm in the fourth quarter, and I need you to get me out of the game."

Even though he was initially confused over the comment, he understood what it meant.

Boseman was ready for the end.

And upon hearing the comment, he said he changed his prayers.

"When he told me that, I changed my prayer from, 'God heal him, God save him,' to 'God, let your will be done,'" the pastor said.

"And the next day he passed away."

"I have been trying to remember Chad and not Chadwick," his other brother, Kevin, said. "And there's just been a lot of Chadwick in the air."

"You have to start sharing that person with the world [when they become a celebrity]. I always endeavored to just treat him like my brother."

The brothers also talked about how Chadwick had always been gifted.

"Chad was gifted," Pastor Boseman said. "He's probably the most gifted person I've ever met. "A lot of people think making it means becoming an A-list movie star," Kevin added. "I didn't force that. I just knew that if Chad wanted to work in the arts, he would find a way and take care of himself."

The comments have given fans the confirmation that they needed.

Chadwick Boseman was surrounded by the people he loved most on the day of his passing. RIP to the legend. It's been a difficult year for us all because we have also lost other legends. Keep scrolling to see who else has tragically passed away in 2020...