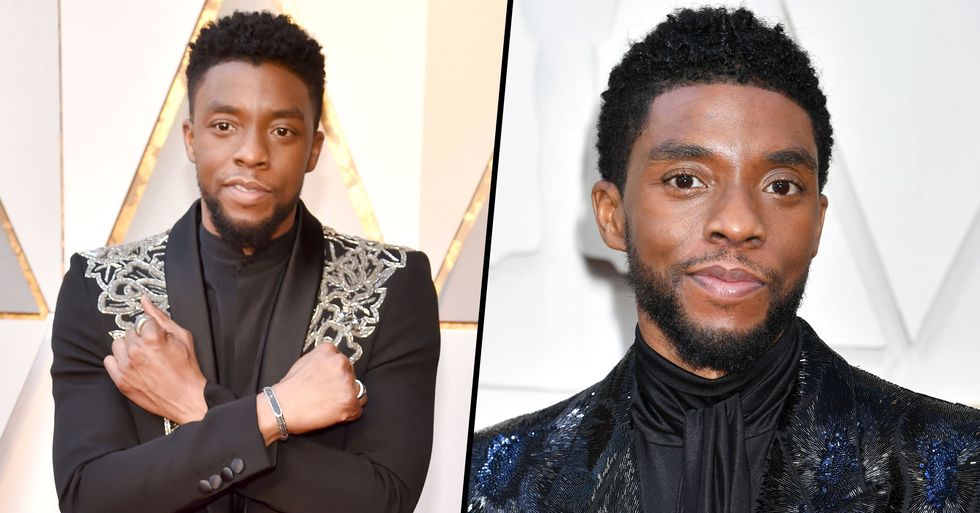 Chadwick Boseman's Hometown Already Working on Statue To Honor Him

Since the tragic death of Chadwick Boseman, millions have written tributes to the star.

And how his hometown has revealed plans to erect a statue in his honor...

But since the tragic news was released, his social media pages have been inundated with tributes.

Probably the most heartwarming is what his hometown is doing in his honor...

And as a tribute to the star, his hometown is hard at work on a statue in his honor.

A Change.org petition has seen an influx of signatures calling for the statue to replace a Confederate memorial currently in front of the city's courthouse.

Despite the petition gaining steam, it could only go-ahead with a two-thirds vote from the state legislature.

So it's doubtful that'd happen, no matter how many believe it should.

@thedanieb I'm from Canada, but I signed anyway. It's important that people...especially children have people that… https://t.co/rYNFvmCMgm
— Pearson (@Pearson)1599005236.0

A spokesperson for Mayor Terence Roberts' Office said: "the city is enthusiastically working on a permanent public tribute to honor the late actor."

The city is already discussing the design proposal with their chosen artist and is currently brainstorming ideas.

It is set to incorporate a mix of sculpture with mural and other art concepts.

They don't have the plans completed yet, but has said the piece will be "fit for a king."

It’s an honor to have my work featured on the front page of the Post and Courier honoring a South Carolina legend https://t.co/aIHJ0sdzJE
— ment nelson (@ment nelson)1599057639.0

They want public input on what they would like to see, to ensure they're doing Chadwick and the city proud.

We can't wait to see the tribute erected in the city in honor of the great actor.

Keep scrolling for more on the late star and why people should think twice before commenting on someone else's appearance...