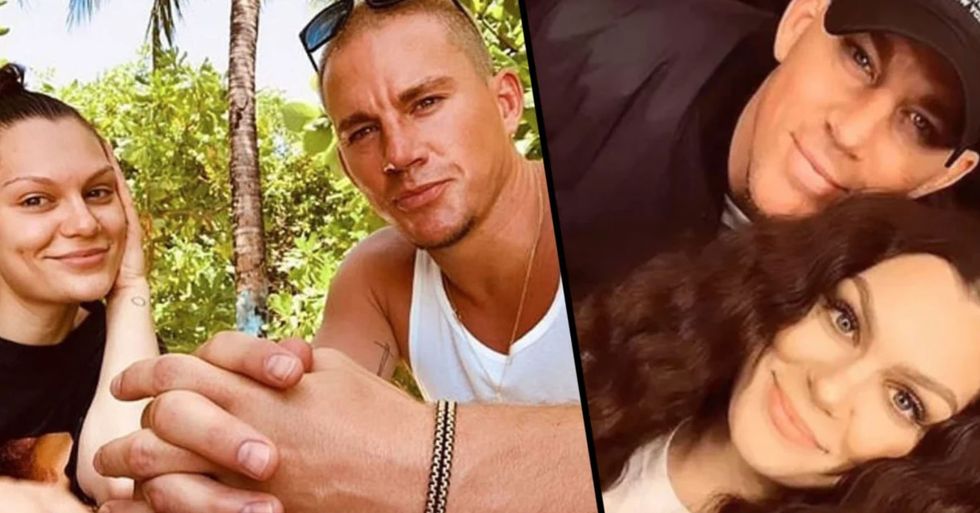 Channing Tatum and Jessie J Are Back Together

Unless you've been living under a rock in recent weeks, you'll have probably heard that Channing Tatum and Jessie J were the latest celebrity couple to call it quits.

And after the split, it seemed Tatum is well and truly back on the market as new details on his secret dating app profile were discovered.

But now it's been revealed the pair are back together - and their explanation is just too cute.

Jessie and Tatum started dating in October of 2018, and seemed to be very much in love.

Jessie J serenaded Tatum in a super romantic fashion in celebration of the actor's thirty-ninth birthday on April 26th.

But then things turned a little less heartwarming.

Because last week, sources confirmed Tatum and J had decided to part ways.

Apparently there was no bad blood between the 2.

At the time a source told UsWeekly, "Channing Tatum and Jessie J broke up about a month ago. They are still really close and still good friends."

Although this isn't the only big news in Tatum's life.

It's also been revealed that Tatum's ex-wife Jenna Dewan is expecting a new baby with her boo Steve Kazee. Sounds like Tatum's life is pretty tumultuous at the moment!

Jessie J then broke her silence following the split.

She responded to the headlines by posting a very racy Instagram story - adding in the comments that she was "happy."

But it seemed Tatum was even more dedicated to moving on.

According to RadarOnline, the actor's "new profile popped up for LA users of [a dating] app, it's full of sexy photos and he's been very active on it."

"Nobody can quite believe he's moving on so quickly."

The app in question, called Raya, is exclusively for those working in the entertainment industry, with past reported users including Ben Affleck and Lewis Hamilton.

After the breakup, Jessie J posted an emotional Instagram.

"Time is healing," and "Sending LOVE to anyone who feels alone," were both significant messages from her lengthy caption.

But eagle-eyed fans noticed something.

Her "ex" Channing Tatum had sent her some telltale love hearts. Many suspected a reunion was on the cards.

And now it's been confirmed.

A source told E! News that the couple is "fully back together."

And the reason for their reunion?

"They took a few weeks apart but ultimately decided they really care about each other." All together now, aww. Fancy more from Tatum? Scroll on for his very controversial hair change.