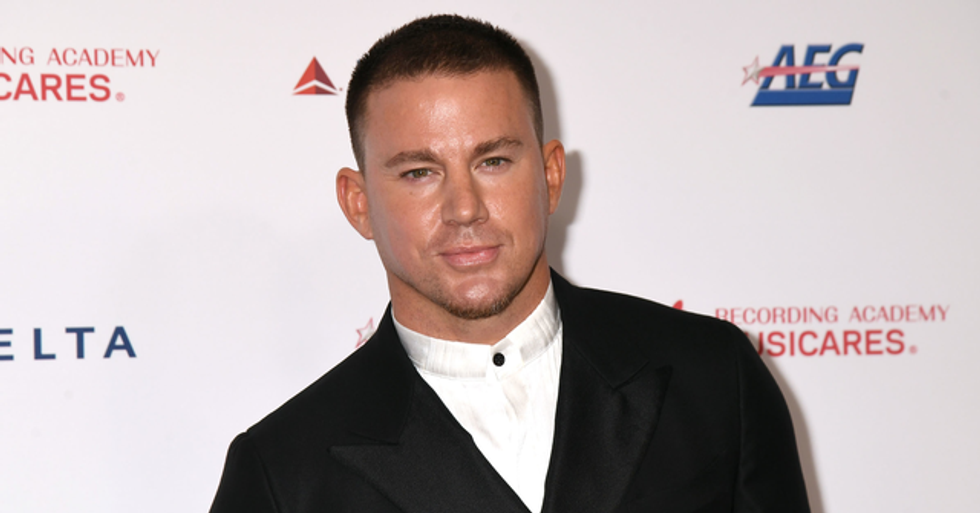 Channing Tatum posted a new photo of himself today, and everyone is saying the same thing...

Ladies and gents, Channing Tatum is at it again.

The undeniably handsome actor has set a million hearts racing today after he shared a photo of himself.

The photo shows Tatum in all his shirtless glory.

Along with a hilarious caption...

He is also the star of the G.I. Joe franchise.

The actor played Duke in both The Rise Of The Cobra and Retaliation. Though the films were critically panned, they were hugely commercially successful.

And, as you will probably know, he is also well-loved for his comedic acting.

Tatum starred alongside Jonah Hill in action-comedy films, 21 Jump Street and 22 Jump Street, for which he received critical praise.

But, of course, there's the one role he's best known for...

He has gradually cemented himself as one of Hollywood's most handsome figures...

But, putting his good looks and on-screen skills to one side...

He is also a doting father.

It seems that the two are still very friendly and enjoy co-parenting their young daughter together.

During lockdown, Tatum has been keeping himself busy.

He's been spending lots of time with his daughter...

And working out with the best of 'em.

But his latest selfie has everyone feeling hot under the collar.

Those lockdown workouts have clearly been paying off.

Here's the pic that got the whole internet talking.

"It’s been a long road back. Injuries, life shit, and just insanity in general. Ha daddy is finally back boooi!!" Want more from Tatum? Scroll on for one questionable hair choice...