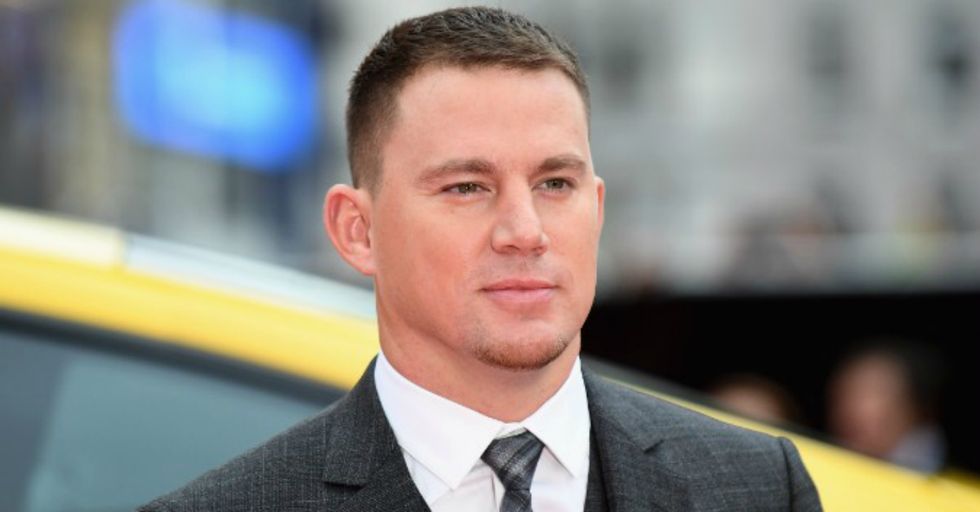 Earlier this month, the whole world learned just how awful Harvey Weinstein has been for decades. We've read several stories of the noted film producer sexually harassing and abusing women in the industry. We've also seen many men step up and show their support for those women (while others have proven that they've been part of the problem all along). Actor Channing Tatum has now joined the ranks of people all over the country who are taking concrete steps toward keeping people like Weinstein out of power. It requires a pretty significant sacrifice on his part, but the fact that he's willing to do it anyway proves that he's one of the good ones.

Channing Tatum has handily established himself as one of Hollywood's biggest stars.

Some of us have admired him ever since his role in She's the Man, while others took a little longer and joined the Tatum Bandwagon after his breakout role in 21 Jump Street. However long you've been a fan, you know that Tatum is a pretty great actor. As it turns out, he's a pretty great human being, too.

Until yesterday, Tatum had big plans for his directorial debut. He signed on to direct the film adaptation of the book Forgive Me, Leonard Peacock back in 2014.

The book is by Matthew Quick, who also wrote The Silver Lining's Playbook. It tells the story of a 17-year-old boy named Leonard who has decided to kill both his former best friend and himself. At the end of the book, the reader learns that Leonard's former best friend sexually abused him. Obviously, the book's subject matter is pretty heavy and should be handled carefully in any film adaptation.

Unfortunately, the rights to the story are currently owned by the Weinstein Company.

This is problematic for several reasons. As we all now know, Harvey Weinstein has spent the past few decades sexually abusing and harassing women throughout the industry.

Yesterday, Tatum announced in an Instagram post that he and partner Reid Carolin would no longer be developing the film.

"The brave women who had the courage to stand up and speak their truth about Harvey Weinstein are true heroes to us," Tatum wrote. "They are lifting the heavy bricks to build the equitable world we all deserve to live in." He then stated that although he will no longer be developing the film (or anything else that's owned by the Weinstein Company), he still feels that the book provides a powerful message about healing in the wake of tragedy.

Even though Harvey Weinstein has been ousted from the company, Tatum is sending a very clear message to all of Hollywood.

"The truth is out," he wrote in his Instagram post. "[L]et's finish what our incredible colleagues started and eliminate abuse from our creative culture once and for all." Way to stand up for what's right, Channing! Let's hope the rest of Hollywood follows in your footsteps.