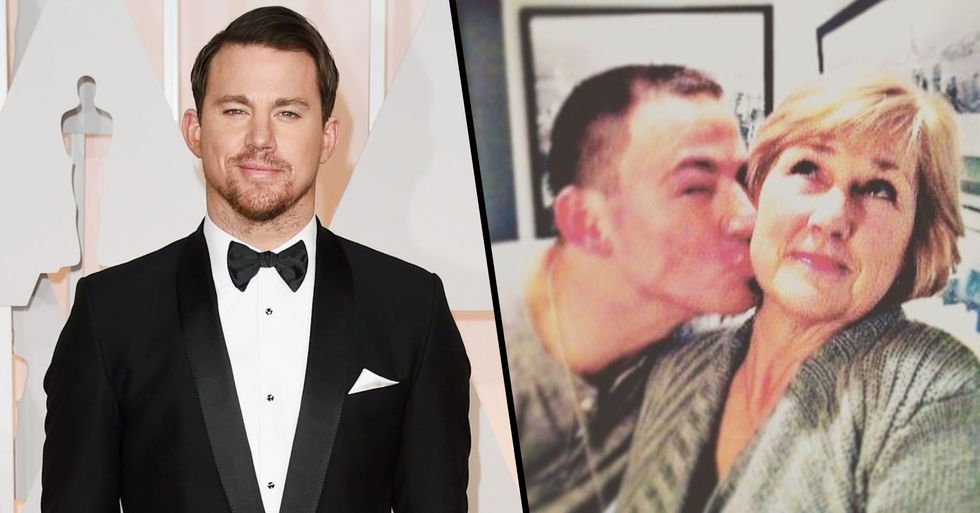 Unless you've been living under a rock in recent weeks, you'll have probably heard that Channing Tatum and Jessie J are the latest celebrity couple to call it quits.

In light of the split, it seems Tatum is well and truly back on the market as new details on his secret dating app profile have been discovered.

Ever wondered what Magic Mike himself has as his go-to song? Or his dating app bio? Well, scroll on.

Jessie and Tatum started dating in October of 2018, and seem to be very much in love.

Jessie J serenaded Tatum in a super romantic fashion in celebration of the actor's thirty-ninth birthday on April 26th.

But recent developments haven't been so heartwarming.

Because last week, sources confirmed Tatum and J had decided to part ways.

Apparently there's no bad blood between the 2.

According to UsWeekly, "Channing Tatum and Jessie J broke up about a month ago. They are still really close and still good friends."

Although this isn't the only big news in Tatum's life.

It's also been revealed that Tatum's ex-wife Jenna Dewan is expecting a new baby with her boo Steve Kazee. Sounds like Tatum's life is pretty tumultuous at the moment!

Jessie J has broken her silence following the split.

She responded to the headlines by posting a very racy Instagram story - adding in the comments that she was "happy." Well, we hope she's not lying!

But it seems Tatum is even more dedicated to moving on.

According to RadarOnline, the actor's "new profile popped up for LA users of [a dating] app last week, it's full of sexy photos and he's been very active on it."

"Nobody can quite believe he's moving on so quickly."

The app in question, called Raya, is exclusively for those working in the entertainment industry, with past reported users including Ben Affleck and Lewis Hamilton.

But Tatum is a relatively new addition.

"It doesn't look like he's nursing a broken heart or thinking about patching things up with his ex," the source went on.

"It's likely Jessie's friends have already seen the profile as the app is so popular." Yikes.

But now it seems more details on his secret dating profile have been unearthed.

Including everything from his bio to his profile song.

Sources dished the dirt on Tatum's Raya profile to US Weekly.

They confirmed that he wrote “And yes, I used to be a stripper. Sorry," along with a shrug emoji in his bio. We're sure there won't be any complaints...

Sources say he feels like he has "nothing to lose" by signing up.

"He's been on Raya for a few weeks. He would love to be dating someone and is not shy about it," a source told E! News. "He wants to have fun again and he doesn't care if he meets someone online, a set up or just walking down the street. A friend suggested Raya and he felt like he had nothing to lose by joining."

Of course, we're all wondering what the star has set as his profile song.

Well, according to the source, the actor is partial to “Brown Sugar" by D’Angelo, having set it as his anthem for his profile.

Well, best go out and set up your Raya profiles ASAP.