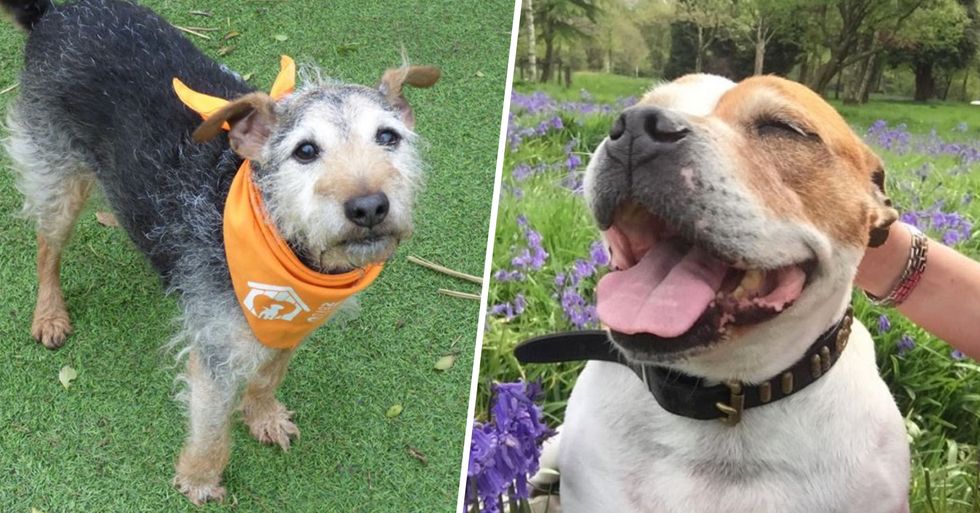 Sadly, so many people don't want to adopt older dogs - leaving many of them in shelters for their last years. But one charity is set to change that...

Keep scrolling for one of the most wholesome reads of your life.

But there's a certain set of dogs that always get left behind in these shelters.

The majority of people prefer to adopt a younger dog...

One of the main reasons being that they'll be in our lives for longer.

But, as a result of this attitude...

There are so many reasons why older canines find themselves in dog shelters...

But more often than not, it’s simply a case of their owner being unable to fit them into their lives anymore.

Thankfully, there are people out there who are passionate about rehoming older dogs.

And UK based charity,  Oldies Club, is one of those.

Oldies Club was founded in 2005 and became a registered charity in 2007. Now, they work in partnership with a whole host of dog shelters to rehome these elderly cuties.

A staggering 951 dogs have been rehomed through the lovely folks at the charity. But sadly, there are still so many dogs on their site waiting for their forever home.

Here, they are assessed and given the necessary veterinary treatment.

Then, they are advertised on the charity's site for rehoming.

On its website, the charity states: "People get ill, families split up, dogs stray and get lost." "What if it was your dog with the arthritic joints and the fading eyesight waiting in a cold kennel day-in, day-out for months on end? Wouldn’t you want someone to take care of him and restore all the home comforts that you allow for him now?"

It's a heartbreaking reality.

"The bustle of day-to-day life in kennels is not always compatible with an old character who just wants to curl up by the fireside, content in the knowledge he is loved and safe." "The tragic reality is that the old dog will spend his last days in kennels, wondering why he is there and not in the arms of a human who loves him."

Over on their site, the doggos are classified into different categories.

So, no matter which furry friend you're looking for...

There's bound to be one that's the perfect match.

The work that people like the team at Oldies Club do is so important.