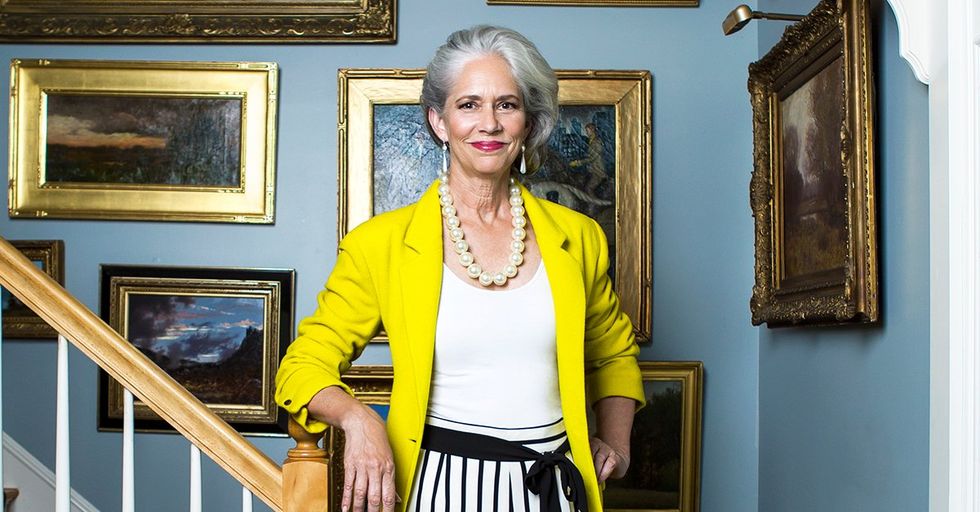 We can't all be rich.

As much as it pains me to admit it, I'm probably never going to be a billionaire who has money to burn and can drop thousands of dollars without a second thought. I'm guessing you might be in the same situation. But just because we can't make zillions and zillions of dollars, that doesn't mean we can't look a bit more well-off! As a matter of fact, there are plenty of things you can buy (or do!) in order to look richer or fancier than you are in real life.

I'm not talking about blinging yourself out like a crazy person, although I suppose that is also a viable option. There are many relatively cheap things you can buy that will easily make you look a bit more polished.

A recent AskReddit thread gave people the opportunity to share their own life hacks when it comes to appearing wealthier than you actually are. Some of them are even free! Here are some of our favorites.

Save money on booze!

I have a family member who always asks for empties of fancy bottles of alcohol and then just refills them with the cheap stuff. You'd be impressed if you look at his bar, but IT'S ALL A SHAM! –michaelnpdx

This one is totally free.

–hotel_air_freshener (Make sure you call everyone "Old Sport," too.)

Do these even really exist?

How have I never heard of this before?

Join seat-filler clubs for NYC theater shows for like $100/year and you can get tickets to Broadway and Off-Broadway shows for $5 a ticket (actually free + $5 processing fee) for up to two tickets per show they offer. Then just Instagram or Facebook how cultured you are as you go to shows every day for $5 each. Invite someone and tell them it's your treat and they'll think you're loaded. –jesuschin

It really makes a difference.

Spend money on getting your clothes tailored. I’m a money manager. The old school wealth doesn’t wear anything that stands out. However, their clothes always have a perfect fit. The flashy guy that comes in with the big watch, driving the sports car usually has a ton of debt. Money talks. Wealth whispers. –Recent_Mirror

It's probably cheaper than you think.

Not exactly an item, but... travel. Americans grossly overestimate the cost of international travel and think you have tons of money because of it. I just spent a few days in a Scandinavian capital. Direct flight from NYC was less than $300, and hostel bed was less than $20. Most Americans spend far more than that traveling to Miami or Vegas or what-have-you, yet ooooh and aah and comment on my finances when they see where I go. –white_genome

Light up the room!

Under-cabinet lighting. I have rechargeable led strips that I bought for $30 on Amazon, held up by magnets. they light up the backsplash/counter below and scream "I had this custom lighting done by an electrician." –Lunar_Gato

Buy a $14 bottle of red. Put it in a decanter before friends arrive and toss the bottle. When friends arrive apologies that the wine has only been breathing for a “short amount of time" this makes you seem like a wine snob and if anyone doesn’t like the wine it’s because it hasn’t had time to breathe obviously. –beaconbay

A small table in your living room with a pitcher of water and two glasses. –foolishwurrior (This is even fancier if you put some lemon slices in the water!)

And speaking of lemons...

A bowl of lemons. –AshleyStopperKnot (These are also handy for discovering a hidden map on the back of the Declaration of Independence.)

This is a real game changer.

Request sizing when your pants are dry cleaned. It won't do anything for the actual quality of the fabric, but it'll make them less prone to wrinkling. That and a no-iron dress shirt can help make you look well put together rather than a rumpled mess.  –technofiend

You knew this was going to be on the list.

I didn't even know these were a thing.

Cake forks. Although only useful if you can get someone round your house and subtly place one in front of them. Obviously, you can't drop them into a casual conversation because what person that actually owns cake forks would think about owning cake forks other than to use them? –1sprout

They're not just for groomsmen!

Cufflinks. You will need the correct shirt, of course. –Carl_Clegg

Don't cheap out in this department.

Apparently, 3-ply toilet paper. One of my friends was at our house last year and after a bathroom trip, she told another friend, "Ooh, they've got money; they've got the good stuff." –TheSkyAndTheCosmos

I bought a metal razor and a box of 500 blades. It's gold in color, cuts nicely (I have a round stick of soap to lather with) and I feel like a millionaire when I use it. It was less than £20. –padmeisterh

The diamond industry is kind of a scam, tbh.

Lab-created diamonds. Apparently, they can even fool professional diamond dealers and they can save a lot of money. –nmagic

It’s not an item and it only costs your time and that is being clean. Having a clean car inside & out, clean apartment/house and making sure everything smells clean. Basically taking care of your self shows others you value yourself and that will make them more inclined to believe you have value as well. –taylormadejokes

Trash bags for your bathroom trashcan ... instead of grocery bags. –Mountain__Goat

A credit card that is black in color. It doesn't have to be a "black card," just black. –grumpymessi

We send all of our correspondence out with a big-ass wax seal on it. Looks like we're old money when we send out our Christmas Cards. –Outrageous_Claims

Here's another free one!

Not an item exactly but good posture, manners and proper etiquette is generally free to learn and practice and makes you look much more affluent. You see it at weddings big time. Everyone is in a suit eating a fancy meal but it is clear who is comfortable doing so and who is out of their element. –PBR_Sheetz

Even T-shirts can make you look rich.

A well fitted, dark T-shirt Tight in the chest and shoulders but looser in the body, breaks between the bottom of your belt and top of the back jean pockets, straight hem, no branding, neck style is preference, dark grey/dark green/navy/black, sleeve length dependent on weather but if short sleeve should break less than halfway to the elbow to expose the tricep. It should be the same circumference as the arm but not completely tight. –Jarritto

Having 12+ variations of teas to offer people when they come over. –FlapJack58

Look informed, even if you're not.

A newspaper, namely the WSJ. Just keep it under your arm and go about your day. –mechmind

A money clip. Put big bills on the outside then fill it with singles. –MrDudeWheresMyCar

You can buy bootleg iron-on Lacoste alligator logos and affix them to any nondescript polo. Boom, now you're wearing a shirt that looks like it's worth $60. –BoomChocolateLatkes

Moisturizer, even a cheap one will be enough. A majority of rich people have good skin. –greeneyedhoe

Time to fancy up your toilet.

Depending on your definition of cheap, a bidet. They're like 30 bucks. Anyone that sees one of those on your toilet will think you're fancy AF with your super clean butthole. –drunkferret

Looks like it's time to get a new watch.

I'm not sure about incredibly rich, but even a cheap Timex watch can you bring you up quite a few social class notches. Seriously if you're rocking a suit with no watch, and buddy-over-there is rocking khaki's and a watch - he's gonna look like he has his life together and you're gonna look like you're about to try to sell me life insurance. –-bryden- Share this with someone who loves the finer things in life!