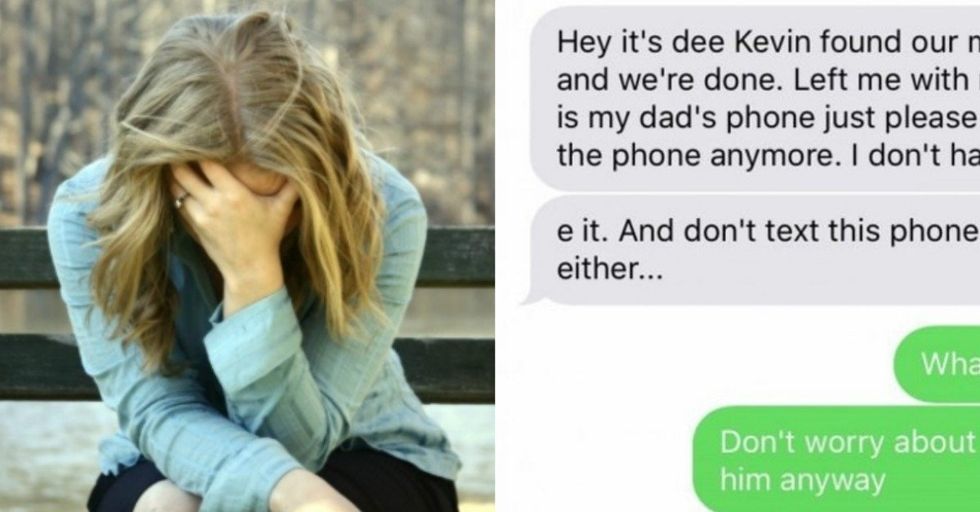 Cheater Texts the Wrong Number and Gets a COMPLETELY Unexpected Reply

Humans screw up. A lot. And sometimes they screw up relationships by cheating on their partner, which is not exactly something that I would advise doing.

But it happens, and even if you were the one who screwed up, the end of that relationship can still be really emotional.

Take for example this woman who cheated on her boyfriend and reached out to the man she was having an affair with to express just how upset she was.

But it turns out that she wasn't talking to the person that she thought she was, and she's probably better off for it.

This stranger actually gave her really good advice, or at the very least, something to think about from the opposite perspective. Hopefully "once a cheater, always a cheater" doesn't have to apply.