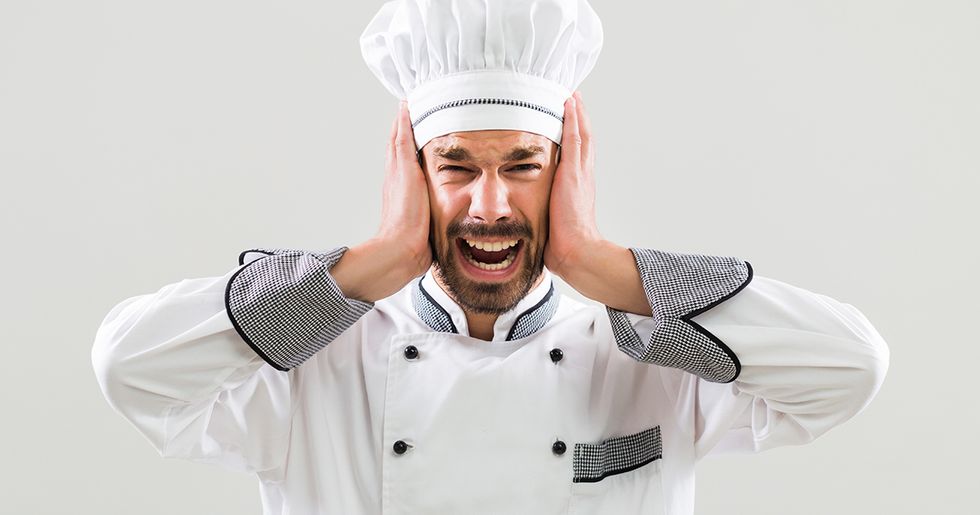 19 Chefs Who Are Having a Real Case of the Mondays

The restaurant industry is notoriously difficult.

So let's take a minute and appreciate all the chefs, line cooks, and servers who make you delicious food every day.

Because that crap is hard and frustrating.

And some days, it feels like nothing can go right. These 19 chefs are having a rough go of it. Let's all sympathize.

Oh my god, this is the worst. I absolutely know the feeling of needing to give the finger to an inanimate object.

What would this even look like? It'd be like two leaves of lettuce on each plate? This should not be allowed, and whoever ordered this should be kicked out of the restaurant.

Can't you just hear the "womp, womp"? It's so sad. The next one might be even more tragic.

I don't know how this happened or even really what happened, but I think it's safe to say that pan is done and so is whatever you were trying to cook in it.

Corn on the floor

Ugh, that's got to be so hard to clean. I recommend blasting it with a hair dryer so it pops and it's easier to pick up. That's how it works, right?

Home on the ranch

Yeah, that's ranch dressing. I feel so bad for whoever has to clean that up.

Imagine this poor chef, weeping in the back of the kitchen, trying to figure out how to make a carrot cat.

Oh no! The 1/2 teaspoon measuring spoon has been eaten by the garbage disposal. I guess you're just going to have to use two 1/4 teaspoons now.

This is the worst. Because those eggs are just ruined! There's no saving them now.

I think that's supposed to be carp. But crap would be quite interesting to try to fry.

This is what happens when you leave a spoon in the blender and then turn it on. There's no amount of duct tape that can save that guy. The next one is something we've all probably experienced.

That feeling when you break a dish, and then there are little shards of ceramic everywhere and whatever you were cooking has been ruined, and you give up and order a pizza.

This guy slipped on a tiny piece of ice that was on the floor, and this is the crazy disaster that ensued. Oh boy.

Sometimes squash is just way too hard to cut, and no matter how much force you use, it's not happening.

This is the face you make when the door handle breaks and you cannot access your refrigerator. I hope this was at least the end of the night.

Hmm. Some cakes just don't work out. Share this with someone who will understand the pain!