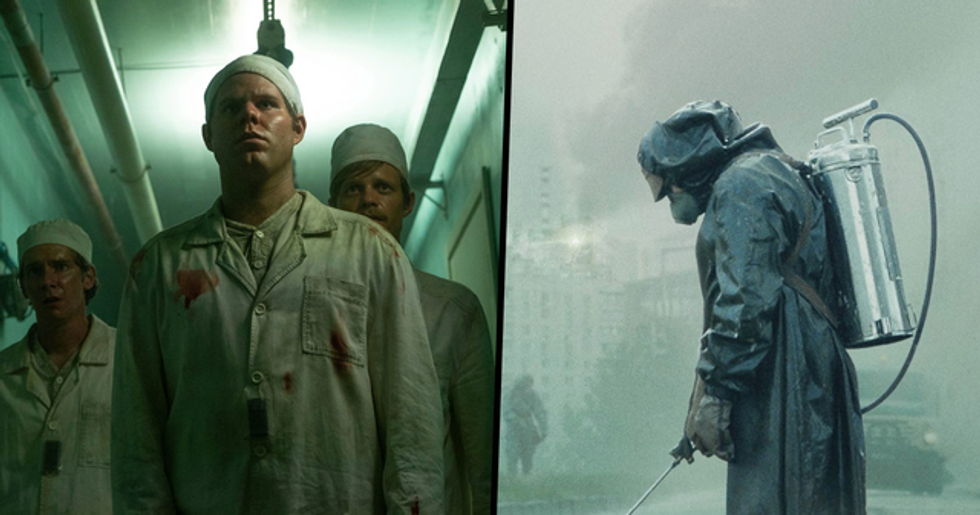 Based on the real-life power failure at the Chernobyl nuclear power plant in 1986, HBO's Chernobyl has attracted a loyal following thanks to its unflinching look at the horrors that the people affected really faced. For many, it's proven to be difficult viewing - but that's what makes it so important. The show has faced some criticism for showing viewers too much, but, now, showrunners have revealed that they do actually have some boundaries when it comes to creating these bleak episodes.

Speaking to Entertainment Weekly, Chernobyl creator, Craig Mazin, broke his silence on the show. And, to those who felt that it went too far, Mazin promised that it could have been far, far worse.

It depicts the events immediately following the disaster at the Chernobyl nuclear disaster in the Ukraine in 1986, when a nuclear reactor malfunctioned and caused a catastrophic accident.

It dealt with the events leading up to the accident, the immediate effects, and the Soviet cover-up that followed. As you may expect, it has proved to be tough viewing for some.

But the show is really about more than this one incident.

It's about abuse of power and how to fairly govern a country. It opens with the iconic line: "A just world is a sane world, and there was nothing sane about Chernobyl".

The series is absolutely harrowing.

Writer, Craig Mazin, based the five episodes on real-life accounts of what actually went on as seen by those who were actually there. Much of the series is based on accounts from Svetlana Alexievich's 1997 book, Voices From Chernobyl: The Oral History Of A Nuclear Disaster.

And it's been enormously successful.

Man, Chernobyl is one of those periodic booster shots that inoculate us from the morbid self-loathing that accompan… https://t.co/wXkuS7WQKy
— David Simon (@David Simon)1559644437.0

In spite of the difficult subject matter, viewers have absolutely loved the show and it's currently rated one of the best television shows of all time.

Many have been deeply moved by the series.

It's incredibly well made and acted - but, on top of that, the way that it handles such difficult subject matter has been massively praised.

But there's another reason that it may have resonated so much.

Many think that the show could work as a cautionary tale about what happens when a government stops regarding truth as something of high importance. In the era of fake news, this is pretty frightening stuff.

Others have had this reaction.

Many who enjoyed the five-part series are now sitting back, confident in the knowledge that they're basically a nuclear physicist at this point. Right?

But there's one aspect of the series that some found particularly hard to watch.

In episode four, Chernobyl focuses the tale on a group of cilvians and military personnel known as "liquidators". This group is widely credited with helping to deal with the nuclear fallout and limiting the damage.

But there's an aspect to their story that was pretty horrific - even by Chernobyl's standards.

After the disaster, much of Chernobyl was left abandoned by its inhabitants - or at least its human ones. Many were forced to leave behind their dogs, who were too exposed to the radiation to be safe.

As you can probably imagine, the fates of these dogs weren't so pleasant.

And, for many, seeing what happened to them was the final straw in terms of how incredibly harrowing Chernobyl could possibly be. Watching the liquidators shooting the stray dogs was too much for some to bear.

The internet has had quite a strange reaction.

For some reason, seeing a huge amount of human suffering doesn't seem to affect us too badly anymore. But, when it comes to dogs, it's an entirely different story.

Many pointed out this fact.

The mother dog with her puppies scene in #Chernobyl tonight was more emotionally devastating than anything in the l… https://t.co/mz7LQzQ7yn
— Dustin (@Dustin)1559011786.0

Going for something devastatingly simple can be far more effective in prompting an emotional reaction than anything overblown or overly complicated.

Although some thought that it was a little too much.

After watching the human devastation unfold on screen, many had had enough sadness - and seeing dogs being shot to death on top of it all broke some viewers' hearts.

Others took this point of view.

Sure, the dogs were exposed to an incredible amount of radiation and were probably highly unsafe to touch - but do you think that you could resist?

The scenes are obviously absolutely horrific.

And what makes matters worse? It's all totally based on fact. This footage of real-life liquidators makes everything seem all the more real - and all the more terrifying.

But writer, Craig Mazin, has more to say on the topic.

Speaking to Entertainment Weekly, he said, "The scenes with the liquidators and the dogs was really hard for a lot of people to watch, and that story actually got worse [in real life]. And it was a first-person story, I was not making it up. This is an account that somebody told in Svetlana Alexievich’s book Voices From Chernobyl".

"We shot it, but it was just too much. It felt abusive, and there’s a really weird line between 'No, you need to look at this and see this and know that it happened' and [taking it too far] — and the line is different for different people. I’m just grateful that it seemed like after episode 4 aired, for most people, we got it right. For a few people we did not. If we had done this other thing, I think a lot of people would have just been like, 'You know what, no, now you’re just being mean'".

Mazin felt that it was essential to remind viewers that this was all true - and that the real-life story was even worse. He managed to walk the line between telling an impossible story truthfully, without being exploitative. Now Mazin has not revealed what, exactly, this horrifying "other thing" was, but, honestly, we think we might have had enough truth for now. Chernobyl is a truly incredible and deeply harrowing show; we think that the line was drawn in exactly the right spot.

Mazin certainly did an incredible job.

We're happy to see everyone involved in the amazing show enjoy some well-deserved success. If you've finished watching Chernobyl and are in need of a new show to binge, there are plenty of options online and we've ranked them all from least binge-worthy to most binge-worthy for you right here! Ready? let's go!