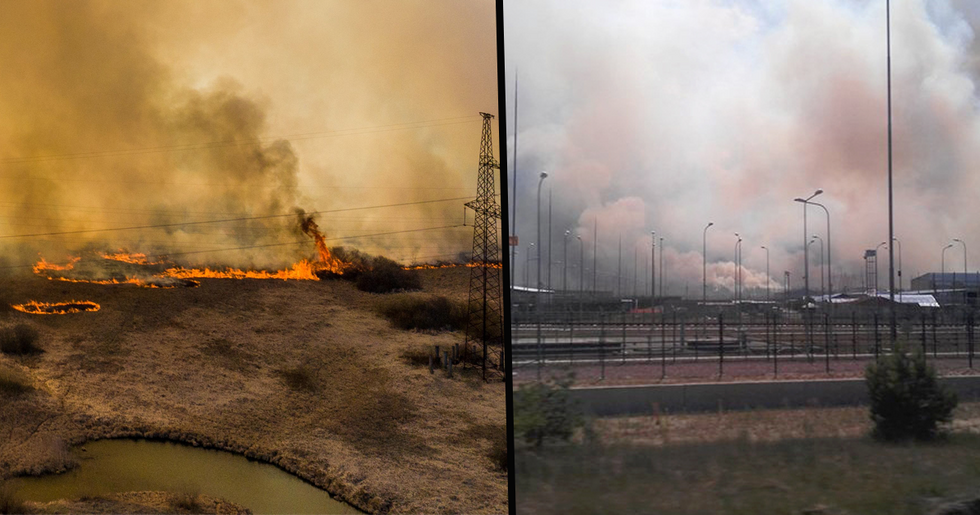 The Chernobyl disaster made history across the world and remains a chilling topic to this day. But, over the last couple of weeks, it has found its way into headlines once again after forest fires began burning near the exclusion zone.

The latest update on the fire revealed some scary details. Keep scrolling to see the harrowing photographs and to get the latest on the fires...

The area, which has been overgrown by nature and wildlife since it’s abandonment, is no stranger to large forest fires. But, this time, it seems to be getting truly out of hand.

And if you thought matters couldn't possibly get any worse...

Just a week after the radiation spike was discovered, the fires are reported to be getting dangerously close to the nuclear reactor.

If they get too close to the reactor, the ramifications could be huge.

If the blazes reach the reactor, there are growing concerns that there could be radiation contamination.

In the last year, the Chernobyl disaster has been in the headlines for a completely new reason...

Last year, HBO completed a series that detailed the initial aftermath of the devastating event - And it has been unbelievably successful. Keep scrolling to learn more...