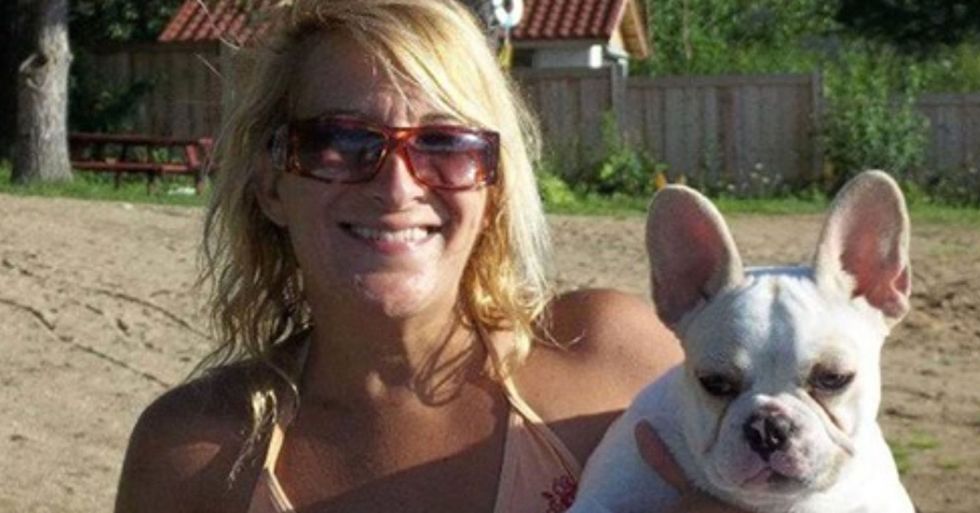 Life isn't always a walk in the park.

Sometimes, we find ourselves in difficult situations and there's no way of helping that. But, according to Clint Emerson, a retired Navy Seal and an expert in all things "survival," you never know what you may need to do in order to escape danger, so it is important to be prepared even inside your own home.

However, one woman was not prepared for her own pet dog to attack and kill her in her living room. Keep scrolling to find out what happened to the vicious pup.

This is why Clint Emerson says we should be prepared at all times.

But even with these rules in mind, you can never predict a situation if it catches you off guard.

A woman from Chicago, Illinois was killed by her dog in what is described as a "vicious attack."

The fifty-six-year-old was extensively scratched and bitten.

There had clearly been a struggle between her and the dog, whom she loved very dearly.

Blue was one of 3 dogs in the household who were all found with blood on them.

It is unclear if any of the other 2 dogs had been involved in the initial attack. Urso was bleeding heavily and had her clothes torn by the French Bulldog, but she still managed to make it out onto her porch to call for help.

But in the end, Urso succumbed to her injuries.

She was later found by her friends, who immediately called the police.

"There was a struggle," Cooper said. "She was being attacked; there's no question. We know one is an aggressive dog who had bitten someone before."

Blue was only two years old but weighed an impressive fifty-five pounds.

According to Cooper and county Animal Care and Control Department Program Manager Robin Van Sickle, there were claims that Blue had been bred to be a fighting dog when he was younger. But when taken under the care of Urso, he was well-taken care of, as were the other pets.

He had previously also bitten Urso's boyfriend, who required stitches after the assault.

"That incident prompted the dog to be taken and held under a 10-day quarantine, during which 'he did not give cause for any concern. He did not show any aggressive behaviors.'"

However, just under a month later, he struck again, this time killing his owner.

Even though it was Urso who asked for him back because she missed him, he still attacked her. "She loved that animal," Cooper said. "If she ever thought it would have attacked her, I'm sure she wouldn't have wanted it back. Clearly she believed she was fine with him."

Van Sickle noticed a strange turn in his behavior.

After the horrendous incident, all 3 dogs were taken back to the shelter where Blue was displaying some very aggressive traits, things they didn't notice the last time they came into contact with him.

"He fixates on you. He growls, barks, lunges…he's targeting," Van Sickle said, after some close analysis.

It was also mentioned that Blue will now be "humanely euthanized."

This was a terrible incident and we all hoped the circumstances could have been different. RIP Lisa Urso. Keep scrolling to see some happier dog-related news. This is bound to make you smile...