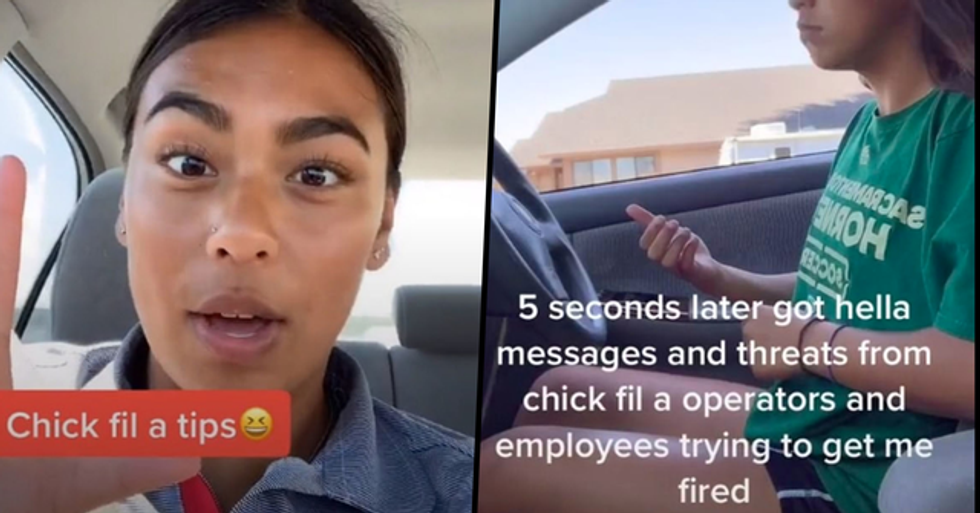 But one TikTok video has had some pretty unexpected consequences for one Chick-Fil-A employee.

It's the stuff of fast food legend.

But what's even better than Chick-Fil-A?

Getting money off your order there, of course!

And one heroic Chick-Fil-A employee did the decent thing...

Sharing all her hacks to get you better deals, on TikTok.

And her videos quickly went viral.

But there's been an unexpected twist in the tale.

As she's now been fired by Chick-Fil-A - possibly for spilling too many secrets!

But there's one new TikTok story that's taking the internet by storm.

She also works at Chick-Fil-A, and uses her platform to share little tricks to save some cash.

But after posting this hack?

She found herself in big trouble at work.

In fact, she's reportedly ended up losing her job.

Which seems a bit unfair, right?!

But she's responded in the best way.

With nothing left to lose, she's now posting even more amazing money-saving hacks.

Don't make a purchase without checking her first!

Want more controversy from TikTok? Scroll on for the challenge that has sent some users to hospital ...