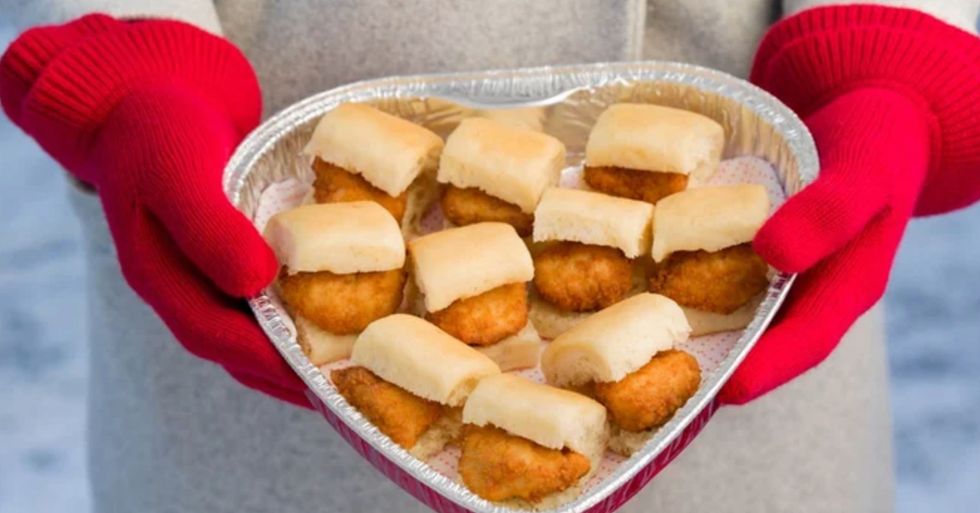 Chicken nuggets are cheaper than dinner for 2.

People have started a strange trend for Valentine's day, and we love it.

Things have got weird.

I think I might just stay in by myself with Disney plus and eat copious amounts of ice cream. Anything's better than a bouquet of beef jerky.

How about a tray full of nuggets, Chik-n-Minis, or chocolate chunk cookies - all in a heart-shaped tray, of course? Fancy more Valentine's Day refreshments? Scroll on for the secret Starbucks menu item the internet is going crazy for!