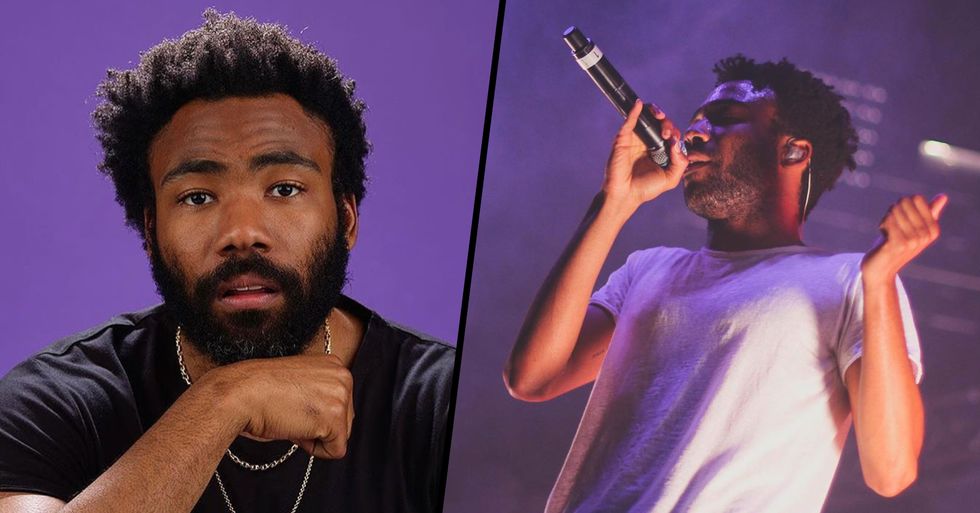 Childish Gambino aka Donald Glover said he was done with creating music. So, fans were left gobsmacked this week when, in the middle of the night, the rapper and TV producer dropped a full album.

There has been an insane reaction to the surprise news. But it seems there's been a huge twist in the tale...

His quickly gained the attention 0f critics and fans alike for his work on the show.

Atlanta firmly cemented Glover as one to watch...

And he proved just that when he moved over to the big screen, starring in the likes of comedy-drama Magic Mike XXL (2015), science fiction comedy The Martian (2015), Spider-Man: Homecoming (2017) and as the young Lando Calrissian in Solo: A Star Wars Story... to name a few.

In 2019, Glover starred in and produced his own short film, Guava Island in which he features alongside pop sensation, Rhianna.

But his on-screen ventures aren't the only thing he's known for.

Glover has made waves in the music industry too.

But, if you've listened to the star...

You'll probably be more family with the name Childish Gambino. Glover adopted the stage name during his college years and has subsequently released 3 albums under it.

The name Childish Gambino was produced at random by the Wu-Tang Clan’s Name Generator. Who'd have thought it?

Glover released his first album back in 2011.

But, undoubtedly, his biggest hit came with "Redbone" in 2016, which, on BBC Radio 1, was described by DJ, Annie Mac, as "oozing with soul."

The track also earnt Glover some rather impressive accolades.

Including the Grammy Award for Best Traditional R&B Performance.

Glover hasn't made any new music since 2018.

In fact, the star admitted he was ready to hang up his Childish Gambino persona altogether.

After rumors surfaced he was retiring from music back in 2018, during the Grammys, the star told the media:  “I stand by that. "I’m really appreciative of this. I’m making another project right now, but I like endings, I think they’re important to progress."

So, last night, fans were left stumped when new music dropped from nowhere.

With a link to a site called donaldgloverpresents.com being shared on Twitter earlier this morning. The link to the site was even retweeted by Glover’s manager, Fam Rothstein.

And features the likes of Ariana Grande and 21 Savage.

But it's different from anything else he's ever done...

Why? Because it appears to have not been recorded under his music alter-ego, Childish Gambino - with the album seemingly titled Donald Glover Presents.

Fans were well and truly catapulted into meltdown.

Fans were nothing short of thrilled with the news.

And many had never been so happy they'd stayed up so late.

In fact, in the eyes of many of Glover's fans...

He can do no wrong. People simply love his work.

Those who had the chance to listen have been showering the album with praise: "Have listened to Donald Glover presents 3 times. Gonna watch something and then have another listen before sleep."

But it didn't take long for things to take a turn...

Because, as quickly as the album surfaced, it disappeared.

Fans didn't know how to react...

The site disappeared, songs vanished, and even Glover's manager (who had previously retweeted a link to the site in question) deleted his Twitter account. Was it leaked by accident? Was it on purpose? Who knows what will happen next. But it looks like some new music is definitely on the horizon... Interested in more content like this? Keep scrolling to see why fans are furious at Eminem for the "disgusting" lyrics in one of his new tracks. This is his most controversial move yet...