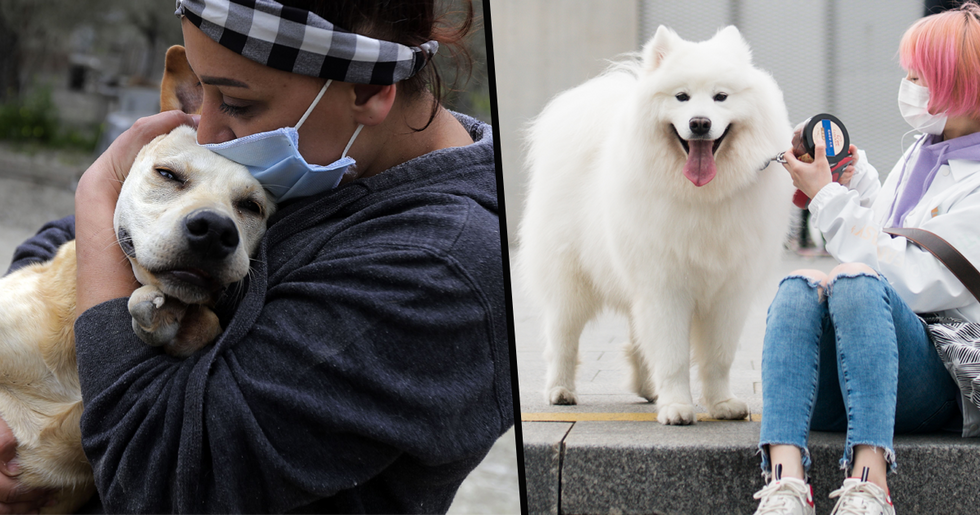 China Declares Dogs as Pets And Not for Eating as Livestock

For us, dogs are our fluffy companions. Not for eating.

But, food habits differ in different cultures. And in China dogs are considered to be a delicacy. Or they were until now...

China is now pushing plans to move away from killing dogs for their meat.

Could this be the end of a cultural tradition?

Every country has its individual cuisines.

Some are more unique than others.

France is a place where you can try snails.

In Spain, you can try paella.

And in China, you could try eating dog meat.

China has plans to stop the slaughtering of dogs for meat.

For many years, the consumption of dog meat has been rife in China.

Eating dog meat is not yet illegal in mainland China.

But, the Chinese government has now signaled towards the consumption of dog meat coming to an end.

It comes as The Ministry of Agriculture released new draft guidelines that have a revised list of livestock animals, that does not include dogs.

The list does, however, include 18 other animals as livestock.

The 18 other animals include cattle, pigs, poultry and camels.

The guidelines by The Ministry of Agriculture described dogs as "specialized companions."

In the draft, they wrote: "As far as dogs are concerned, along with the progress of human civilization and the public concern and love for animal protection, dogs have been 'specialized' to become companion animals, and internationally are not considered to be livestock, and they will not be regulated as livestock in China."

The draft comes after southeastern Chinese town, Shenzhen was the first to introduce a permanent ban of cat and dog meat.

The ban in the city is on the sale and consumption of dog and cat meat.

Despite the delicacy trade thriving in some regions.

It no longer does in Shenzhen, a city 12.5 million residents.

The ruling was explained as 'a requirement of modern society'.

LadBible reported that a spokesperson for the Shenzhen government said, "Dogs and cats as pets have established a much closer relationship with humans than all other animals, and banning the consumption of dogs and cats and other pets is a common practice in developed countries and in Hong Kong and Taiwan."

The ban comes as China responded to the current pandemic by putting a ban on wild animal markets to prevent people from becoming infected.

With the possibility of it being upgraded to a permanent ban once the pandemic settles.

The possibility of banning dog meat will come with celebrations from many animal rights activists.

Wendy Higgins of Humane Society International (HSI) told The Guardian that the possibility could be a “game-changer moment for animal welfare in China".

If the ban is signed into law it will save millions of dogs per year.

And also see an effect on the controversial Yulin Dog Meat Festival which happens every year in June.

The declaration shows that the country is beginning to move in the right direction.

Now, we just have to wait and see if the law passes. Keep scrolling to see the adorable pup collecting snacks for his family during lockdown...