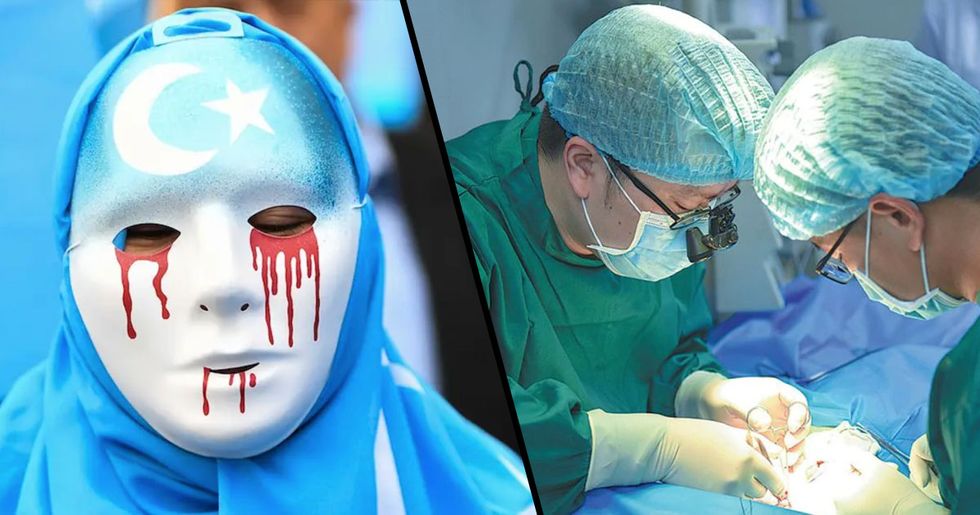 The widespread persecution of minority groups around the world still continues to occur on a daily basis but the voices that stand against this oppression seem to be getting quieter and quieter. And that's because governments around the world make sure to do their part in concealing all the illegal activities surrounding the issue.

The cruel treatment of the Uighur Muslims in China has been going on for years now, but it seems as if the world purposefully wants to avoid getting their hands dirty in condemning the Chinese government.

"You don't know what they're capable of." Oh, but we do. They've managed to trap thousands and thousands of Uighurs in what they like to call "detention facilities," which is a sugar-coated version of modern concentration camps. And things have only just got worse...

You don't believe me? Keep reading, I'll take you through the entire story.

The persecution of the Uighurs continues.

And now things have gone from alarming to worse.

For those of you that don't know what I'm talking about, let me explain.

Even though this has been going on for over three years now, the media chooses to ignore it due to the fact that China is known for its callousness when it comes to targeting those who stand against them. So, I can't really blame any of you for not knowing. They've done a good job of concealing all their illegal activities.

Who are the Uighurs?

The Uighurs are an ethnic minority group that make up forty-five percent of the population of the northwestern Chinese region of Xinjiang. They are all primarily from the Islamic faith but it does vary.

The group has been facing backlash from the Chinese government in what they like to call a "fight against extremism."

In order to do this, they have set up detention facilities in which they "re-educate" the Uighurs which has resulted in the separation of families as well as the ethnic cleansing of the group.

Millions of Uighurs have been separated from each other and placed in these facilities.

They have been described as the modern equivalent of concentration camps. Horror stories from detainees have sparked the United Nations to get involved in this growing issue.

It's been a year since the UN addressed the issue publicly.

The committee at the time had stated that they had enough credible evidence to prove that almost 1 million Uighur Muslims had been detained and tortured in the most barbaric ways. One woman - who's details have been withheld from the public due to personal saftey reasons - testified in front of a jury, giving them further evidence of the callous ways she had been pried for information.

She explained how they pulled her nails off her hands in their attempts to get her to "convert."

The biggest problem for Chinese authorities seems to be the fact that all these Uighurs identify as Muslims. Even though no one from the group had given them any signs that they should be worried, they continued to capture and detain the members of the community in a nationwide crackdown on minorities.

So, in order to force them to become atheists, they've started "re-educating" them.

Reports from the camp have mentioned that detainees are forced to eat pork, drink alcohol - two prominent aspects that are forbidden in Islam. Why? Because pork is considered too hard to clean so it is at a good standard for human consumption and alcohol acts as a distraction and a blame tool for people to act recklessly. But the Chinese government doesn't care about respecting people's lifestyle choices. Of course, they don't.

While they are cracking down on Islam, there is also another reason why they're going to such extreme lengths...

The land in which this group resides is rich in minerals and other beneficial qualities that the government wants to maintain as their own. Because the land also borders a part of Turkey (which is also filled with Turk-Chinese Muslims) there is a competition of who actually owns the area.

However, by wiping out everyone that lives there...

China can claim it to be theirs.

They have even gone as far as to asking countries to "send back" Uighurs to China.

So they can be sent to these camps. And Egypt is just one of the countries that have fully complied by announcing they will be deporting all Uighurs back to their homeland. At a time when cellphones are a big part of society, the Uighurs don't have the freedom to use theirs as they wish. This is because the authorities have installed spyware devices in all forms of technology, which means they can monitor the group's every move.

Sounds completely absurd right? Like this is just a fictional storyline from a movie?

Well, it's not. Snap out of it. Just across the Pacific Ocean, someone your age is living the life of a prisoner just because they have chosen to exist. Let that sink in.

And if things weren't bad enough already, they're only just getting worse.

The UN Human Rights Council heard reports that China is engaged in the widespread harvesting of human organs from persecuted religious and ethnic minorities. According to Business Insider, on Tuesday, The China Tribunal, an Australian-backed non-profit organization made the accusation at the council's meeting in Switzerland.

A lawyer for the group told the people that China was "cutting out the hearts of harmless people."

He said: "Forced organ harvesting from prisoners of conscience, including the religious minorities of Falun Gong and Uighurs, has been committed for years throughout China on a significant scale."

He then said this via a report...

They were "cut open while still alive for their kidneys, livers, hearts, lungs, cornea, and skin to be removed and turned into commodities for sale." I can't even bring myself to believe that this is true. But judging by the way the Chinese government is already going, I wouldn't put it past them.

The report that released the information had been led by British lawyer, Sir Geoffrey Nice.

The information was monitored over a period of time and the participants of this report made sure to identify patterns in the medical rates in China to back-up their claims. They said that they had determined that there was a distinct correlation between how many Uighurs and other minority groups had been persecuted and the wait times in Chinese hospitals for organ transplants.

The UN council also heard that this was considered as "one of the worst mass atrocities of this century."

"Victim for victim and death for death, cutting out the hearts and other organs from living, blameless, harmless, peaceable people constitutes one of the worst mass atrocities of this century."

China have denied all these accusations, but the facts say otherwise.

Reuters metioned that China has insisted that it "stopped using organs from executed prisoners in 2015." But the lawyer at the UN meeting concluded that China should be held accountable for their actions and not only for "the possible charge of genocide but also in regard to crimes against humanity."

Where have we seen this identical pattern before?

I’m sure you’ve all been aware that the Chinese government has imprisioned millions of Uighur Muslims in concentrat… https://t.co/vFDlusyeL2
— Tallie Dar (@Tallie Dar)1569474168.0

Remember when the Jews in Europe had been detained in concentration camps in an effort to wipe them out completely? Or have we forgotten that the Holocaust even happened just because we weren't there to witness it?

Use your voice. Raise awareness. Share this article. Let the world know that we will not stand for this kind of barbaric behavior. Together, we can end the persecution of the Uighurs.