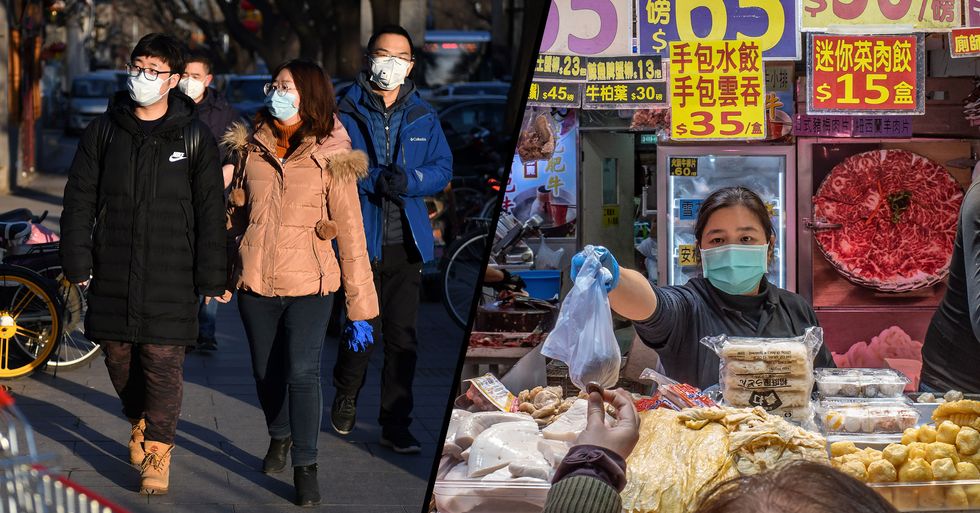 Mere months into the deadly coronavirus outbreak, tens of thousands of people have been infected and thousands have died as the deadly disease spreads across the globe at an alarming rate.

And now, in a revolutionary bid to prevent the disease from spreading any further, a Chinese city has enforced a full ban on the consumption of dog meat.

The virus continues to spread rapidly, and traces of the disease have already been discovered and confirmed in 8 other countries including here in America, the U.K, Thailand, South Korea, Taiwan, Saudi Arabia, and Japan.

The virus can be spread quickly and easily...

And it's safe to say that researchers are now getting desperate...

Because there is now an immense amount of pressure on authorities to find a cure, and fast.

President Trump remains confident in his handling of the coronavirus outbreak...

But there's a city in China that is taking a very different approach to the medical crisis...

And it certainly doesn't involve Tweeting about the democrats.

The Chinese city of Shenzhen are proposing a ban on dog meat...

All in the hopes of improving their food hygiene and safety.

Now, there are many theories as to what initially caused the virus...

But it is widely believed that the sale of meat from infected animals is the prime cause of the coronavirus.

But the consumption of dog meat in China has been rife for years.

And many people are worried that dog meat could also be one of the carriers of the virus.

This proposal follows a similar ban on the trade of all exotic and wild animals...

Which was done in an attempt to halt further spread of the virus.

The proposal was published on the Shenzhen Government website yesterday...

And is currently waiting for feedback from the public before being formally signed into law.

Officials have described the regulation as the "universal civilization requirement of a modern society."

And have simply stated that the aim of the proposal is to "further satisfy the daily needs of the people." Though they haven't confirmed a direct link between the coronavirus and the consumption of dog meat, it has been heavily assumed that the outbreak of the disease has spurred their decision.

If the proposal is signed into law, it will be revolutionary to the country.

The annual Yulin dog meat festival, which sees thousands of dogs tortured to death before being eaten by locals, has long caused mass outrage, with millions of people petitioning for the barbaric act to be made illegal. Let's just hope that the people of China can finally see the error in their ways. The coronavirus crisis is a developing story, and we will be posting regular updates.