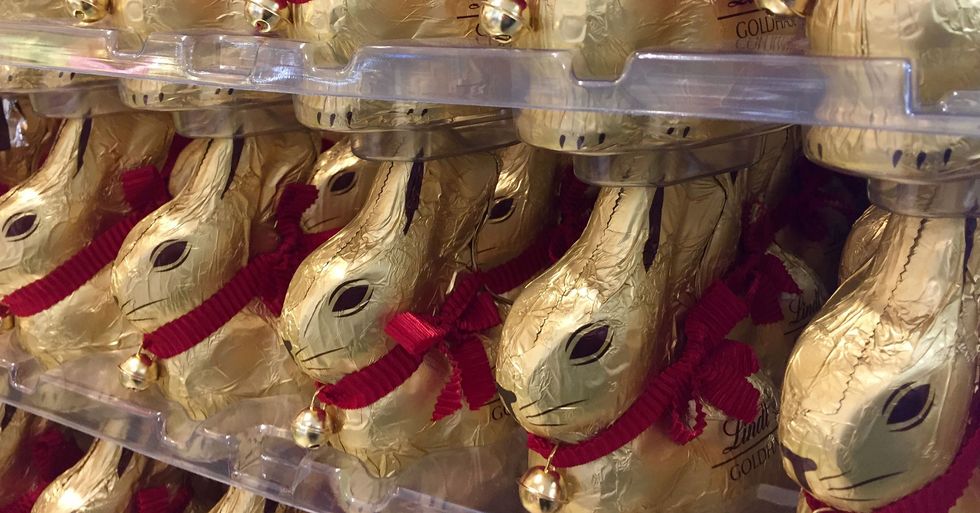 Sugary treats are one of the many pleasures of life. Those with a sweet tooth among us will know that there's something so irresistible about everything cake, cookie, and chocolate-related. So can you imagine it snowing on you?

Well, that's exactly what happened in a Swiss town this week...

Residents of a Swiss town had a pleasant surprise as they stepped outside on Friday.

The town of Olten, between Zurich and Basel were witness to a rather rare spectacle thanks to the nearby Lindt factory.

Now, of course, there's nothing better than gorging on a sweet treat from time to time.

Those with a sweet tooth will understand that sometimes you just have to let yourself indulge in some sugary goodness.

It's something many of us are unable to resist...

Dessert may not be the healthiest option but it tastes so good.

Whether you're a cake lover or a ice cream fanatic... or both...

There are many options out there to give us that sweet fix.

But there's one thing that will never not be delicious.

There are so many chocolate-y options out there to give us that sweet fix...

Not to mention all the flavors.

Whether you're a milk, dark, or white person. Or maybe you prefer something more exotic like cookies and cream or popping candy, there is something for everyone.

But there's one brand that truly stands out from the crowd.

While the brand has a plethora of chocolate-themes treats on offer...

We all know that the Lindor chocolates truly reign supreme.

Those chocolatey balls of joy are so good.

There's really no denying it.  We're convinced they are sent from the angels above!

The Lindor range has been expanding for some time now...

What started as basic milk chocolate has now expanded out into the likes of strawberry and cream, caramel, dark, and fudge, to name a few.

The classic hazelnut. Our mouths are watering just thinking about it.

But could you ever imagine it snowing down on you?

We're guessing the answer is no.

But the same can't be said for residents of Olten in Switzerland.

The sugary spectacle was caused by a malfunction at the nearby Lindt & Spruengli company factory.

The company confirmed local reports there was a minor defect in the cooling ventilation for a line for roasted “cocoa nibs."

What exactly are these nibs, you ask?

They are fragments of crushed cocoa beans forming the basis of chocolate.

Combined with strong winds on Friday morning, the cocoa powder spread around the vicinity near the factory.

Meaning fine cocoa dust or "snow" fell from the sky.

The company says one car was lightly coated...

And has offered to pay for any cleaning needed.

Factory production was able to continue as normal.

And the malfunction has now been repaired. The company also stated that the particles were not harmful to people or the environment. For more sweet treat themed news, scroll on to read about the all-new Willy Wonka style chocolate factory that comes complete with a rollercoaster...