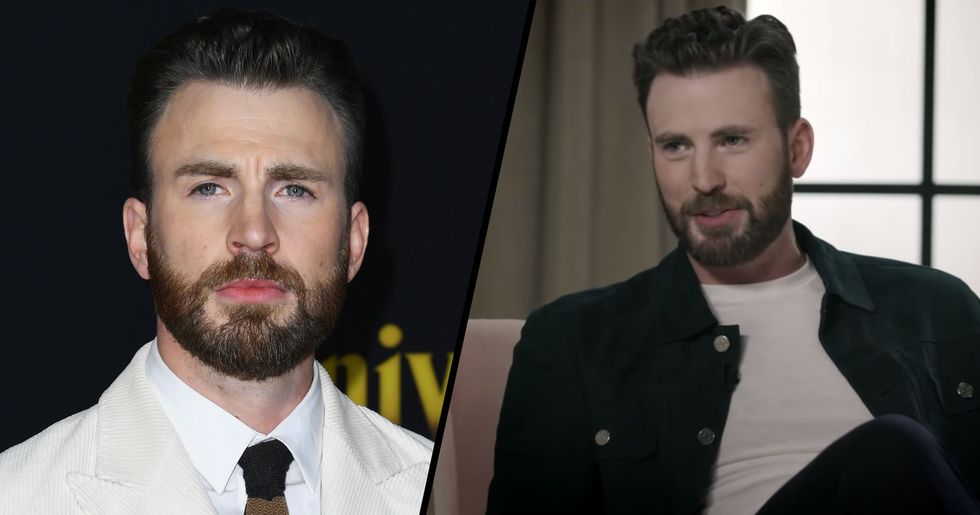 Chris Evans Hints That He's Ready to Be a Father

Well now, the self-proclaimed "ass-man" is ready to make us all weak at our knees after he admitted that he's ready to be a father.

Keep scrolling to see the video that sent the internet into overdrive...

The first of which, let's face it, is being an absolute heartthrob. Is it just us, or is he topless an inordinate amount of the time?

Just look at him.

But now, there's one role that he's best known for.

But that's not the only reason why he's so well-loved...

During Comic-Con, Evans was in the middle of speaking when he spied a cutie in the audience – in costume, of course. So Evans did what any reasonable man would do – he leaped off stage to pet the little guy.

Just look at his face!

And the topic seemed to crop up yet again in his most recent interview.

On Saturday, ET's Keltie Knight sat down with the actor to discuss his new murder mystery film, Knives Out where he was talking about his bond with his own pup, Dodger.

Evans also offhandedly decided to throw it out there that he was ready to have kids.

I don't know how he jumped from dogs to children, but I guess both aspects are very important to him. He says: "You know, I think it [having dogs] actually unlocks a little bit, as I imagine having children will, I really want kids too."

This brought about more relationship speculation...

People started questioning if Evans might actually be in a relationship... I mean he does look particularly happy nowadays but maybe he's just excited about his new film or something?

It doesn't have to be because of a woman guys!

God... But it would be cute if it was! Chris Evans just deserves the best.

And fans think so too...

I volunteer as a tribute - as I'm sure many other people would.

I mean, look at him! He's adorable!

Evans also touched on the future of Captian America, even though he made a swift departure in Endgame.

"It would be a shame to revisit unless there was something very unique that we felt the need to reveal. So, it feels like, let's be content will how well it ended." If you're in the mood to re-live the moment that Chris Evans watching the fate of Captain America, then keep scrolling. Boy, you're in for a treat.