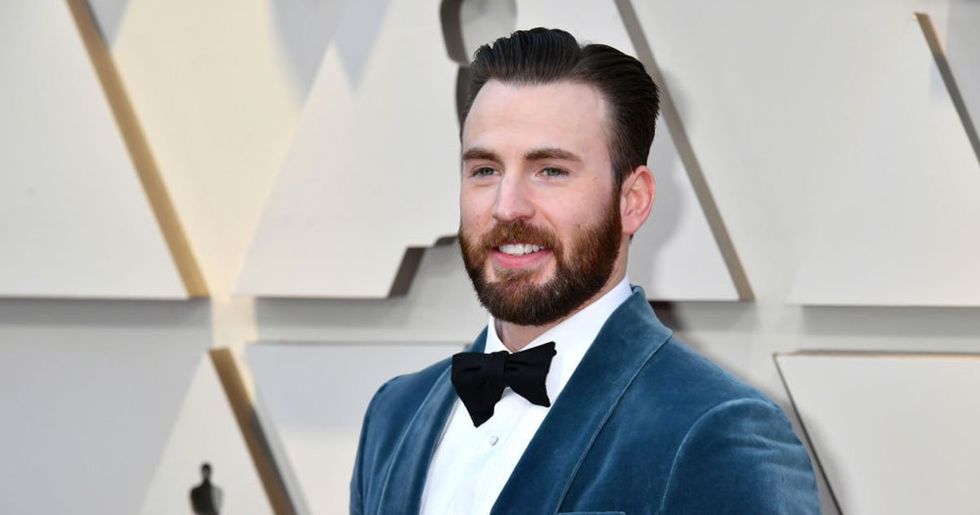 The Oscars were a real mess this year. The Academy kept changing the program for a year, and that was the result.

The organizers seemed split between appealing to the film industry fans and critics, and viewers who only wanted to see celebrity outfits.

The winners of some of the categories were also very unexpected.

However, the Oscars were surprising in a good way too. They managed to make the introduction entertaining without a host monologue. They had funny presenters. They addressed social issues.

But the sweetest part of the whole night was Chris Evans jumping in to help Regina King out when her outfit malfunctioned.

The gesture swept Twitter and Instagram off their feet. People praised Evans for not only helping King successfully reach the stage, but also making sure not to steal her moment.

However, a few others suggested that, as nice as his intentions were, the gesture might have been a little sexist.

The Oscars on Sunday were truly different from what we’re used to see.

“The Oscars have been suffering from an identity crisis."

For the past year, the Academy kept changing their mind about the program. No one will forget the backlash they received after deciding to cut several award nominations out of the official show.

Barber says the Academy was clearly unsure “whether to produce a ceremony for lovers of international art-house films or for casual viewers who just like to see celebrities in snazzy frocks."

"The Academy’s taste has been aligning with those of critics and commentators everywhere, which is why its recent awards galas have been slightly unexciting."

"This year, on the other hand, the Oscars' identity crisis – their internal battle between conservatism and progressiveness – shook things up in unforgettable ways."

"The hiring and firing of Kevin Hart led this to being the first ceremony since 1989 to do without a host, and the result was a liberating, free-flowing informality, as if a class of schoolchildren was putting on a show while the teacher was out of the room."

Later, the night turned out to also be very surprising, and not in a good way.

Such as what happened with the Best Actor category. Rami Malek won the title for his impersonation of Queen’s lead singer in Bohemian Rhapsody.

His performance in the movie received a lot of praise when it was released.

However, no one thought it was good enough to win an Oscar. Especially when the film’s director Bryan Singer had been accused of sexual abuse. At least Malek’s acceptance speech "was just about classy enough for his triumph to be forgivable," Barber says.

But then Barber adds, "It was also stupid and outdated and bound to start arguments."

Steven McIntosh, BBC, agrees that the Oscars this year were very different. Only his opinion is much more positive.

We watched Queen open the Oscar’s last night. She thought that we were the champions and that there is no time for… https://t.co/SepXZFUTNZ
— Gizmoo (@Gizmoo)1551104229.0

Even though there was no host, Adam Lambert, Brian May, and Roger Taylor did a great job greeting the audience with a cover of Queen’s "We Will Rock You" and "We Are The Champions."

According to McIntosh, this choice of songs made a lot of sense since Bohemian Rhapsody won 4 Oscars that night.

The guest presenters were another highlight that fully recovered the show from missing a host.

The first presenters of the night were SNL co-stars Tina Fey, Amy Poehler, and Maya Rudolph.

After Kevin Hart decided not to host the show, people suggested it should be Fey and Poehler to take his place, given their success at the Golden Globes.

The Academy listened and gave the trio the hosting honor. Kind of.

One of their jokes included a not-so-subtle reference to Donald Trump: "So just a quick update for everybody in case you're confused, there is no host tonight, there won't be a popular movie category, and Mexico is not paying for the wall."

Then there was Lady Gaga’s backstage comment on "Shallow" as Best Song.

She said, "For this film, there were many songs written, but there was one song that was written with true, true friends of mine, who know everything about me, the ups and the downs."

"I was so determined to live my dreams, and yet there was so much in the way."

"There were so many things I did not anticipate, that broke me, that tortured me, that traumatized me."

"And I think sometimes that people think that it comes easy to us, that we show up, and we have our suits on, and it's all okay."

"But the truth is this is very, very hard work," she added.

Melissa McCarthy made an unforgettable entrance as a guest presenter.

Melissa McCarthy and Brian Tyree Henry announce the award for Best Costume Design in some costumes of their own.… https://t.co/rJFSG4vbq3
— ABC News (@ABC News)1551058399.0

As BBC puts it, McCarthy and Brian Tyree Hill "delivered a hilariously dry performance while dressed in extremely flamboyant costumes […] to reflect the award they were about to give out for Best Costume Design."

But even better than that was Ruth E. Carter becoming the first black woman in history to win an Oscar in this category.

"[This win] means we've opened up the door," Carter said backstage. "I've been struggling, digging deep, mentoring and doing whatever I could to raise others up, and I hope through my example this means there is hope and means other people can come on in and win an Oscar just like I did."

He followed that with an acceptance speech that opened with "Do not turn that clock on!" in reference to a couple of previous winners’ speeches being rudely cut off for taking too long.

Clearly, the Academy was doing everything in their power to keep it short this year.

That’s why, UPROXX says, it’s okay if you missed one of the sweetest moments of the night.

She was wonderful in If Beale Street Could Talk, where she really brought out the force-of-nature aspect of her character.

King’s speech was very touching too.

I bet it was partly due to her almost falling on her way to the stage, and Chris Evans kindly jumping in to help.

King showed up at the Oscars with a very special person - her mother.

She even dedicated most of her speech to her, driving us to tears.

But on her way to the stage to deliver her beautiful speech, she experienced a slight wardrobe malfunction.

It seemed like she either stepped on her dress, or it got caught on something, and she nearly tripped.

However, King managed to sort it out.

Meanwhile, Chris Evans was sitting next to her mother, and noticed what happened.

Without hesitation, Captain America jumped up to help her out.

He lent her his arm to hold onto as she walked towards the stage. King thanked Chris the whole way there.

Mario Miguel Sisinni pointed out that Evans was also very careful not to steal King’s thunder.

He wrote, "Not only did he help her, he stopped before getting too close to the stage to not take her moment. Don’t sleep on that gesture."

And it’s the second time he showed chivalry.

Samantha Baker said, "He did this for Betty White a year or two back as well. He’s a perfect gentleman."

However, others pointed out something we all considered in the back of our minds: isn’t that a little sexist?

Kyle Murnane joked, "God damn toxic masculinity, she can walk her damn self." That's because while some people believe such acts as opening doors for women or helping them walk upstairs are a show of respect, others claim it’s the same as saying that women are too fragile and weak to take care of themselves.

Finally, Annemarie Timmer Gallagher also noticed the lack of staff who are supposed to help people out in such situations on award shows.

She wrote, "The Golden Globes have ushers at either staircase to aid women in their gorgeous dresses up those same stairs. Why has no other awards show added this needed & chivalrous aid? Chris Evans, you won the night!"