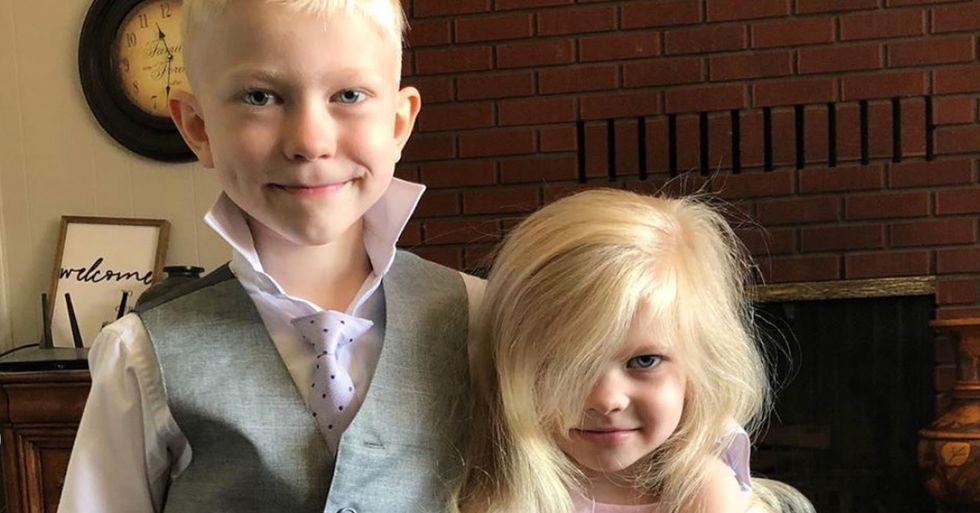 Chris Evans, Mark Ruffalo, and Others Praise 'Hero' Six-Year-Old Who Saved His Sister From Dog Attack

Life isn't always a walk in the park.

Sometimes, we find ourselves in difficult situations and there's no way of helping that. But, according to Clint Emerson, a retired Navy Seal and an expert in all things "survival," you never know what you may need to do in order to escape danger, so it is important to be prepared even inside your own home.

This one 6-year-old decided to jump into action after he and his sister were being attacked. And now Chris Evans and a bunch of other celebrities have spoken out about his story.

Keep scrolling to see all the posts.

This is why Clint Emerson says we should be prepared at all times.

And one 6-year-old decided to implement as much of this as he could.

Bridger is a child who decided to jump into action after his sister fell victim to a dog attack.

The little boy's story was shared by his auntie on social media.

She wrote this: "My nephew is a hero who saved his little sister from an attacking dog. He, himself, took on the attack so that the dog wouldn’t get his sister."

Then she mentioned what he had said after the attack.

"He later said, 'If someone was going to die, I thought it should be me.' He got home from the hospital last night. I know it’s a long shot, but I’m reaching out to the Avengers and other heroes so that they can learn about this latest addition to their ranks. Please, check your DM’s for my sweet nephew’s story."

And after tagging a bunch of celebrities, it was time to see if they would respond...

And being the incredible people that they are, a lot of them did reply including Chris Evans, Mark Ruffalo, and Anne Hathaway.

How's that for an all-star line-up?

Anne Hathaway seemed very proud to tell Bridger's story writing: "I’m not an Avenger, but I know a superhero when I see one. I can only hope I’m half as brave in my life as you are in yours, Bridger. Wishing you an easeful recovery, and many cool looking rocks."

She then tagged her friend Mark Ruffalo who responded in the best way...

"Dear Bridger, I just read about what happened to you and I wanted to reach out to say this… People who put the well beings of others in front of themselves are the most heroic and thoughtful people I know. "I truly respect and admire your courage and your heart. Real courage isn't dominating people or fighting against people or walking around like a tough guy. Real courage is knowing what is right to do and doing it even when it might end up hurting you somehow." "You are more of man than many, many I have seen or known. With Admiration… Mark Ruffalo (Bruce Banner/Hulk/Professor)."

And just to make things even better, a whole bunch of other celebs jumped in to commend the 6-year-old.

Imagine receiving a personal message from Octavia Spencer? That's what dreams are made of.

He described Bridger as a "real hero." Aw!

And the main event, Chris Evans dedicated a personal video to the little boy.