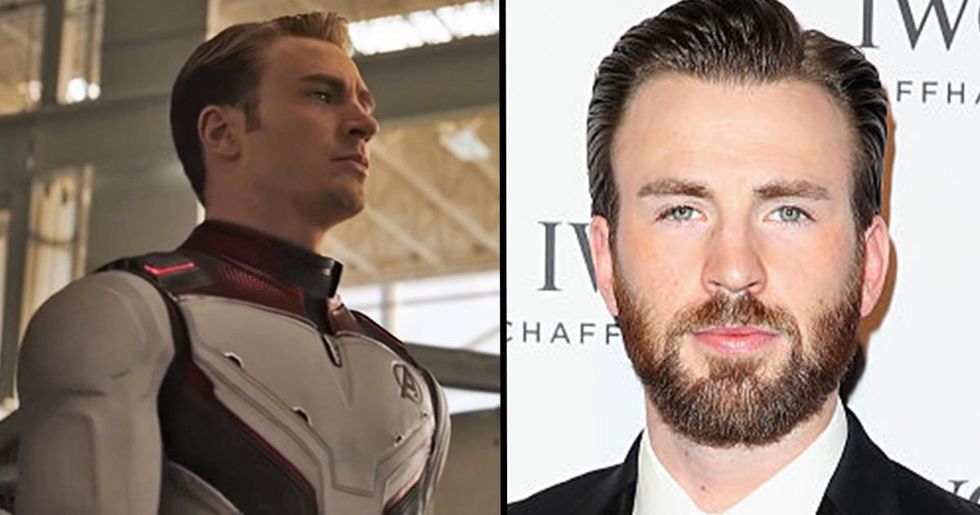 Right now, our world is mourning a huge loss, the loss of the several Marvel characters who were sadly culled by the end of the 2018 blockbuster, Avengers: Infinity War.

So far, 2019 has been light on Marvel films, with Captain Marvel being the first MCU movie to be released so far. But the release of Avengers: Endgame is highly anticipated. The fourth instalment in the Avengers franchise is expected to hit cinemas next month, and some film critics believe that it could not only reach the same level of success as its predecessor, but even surpass it.

Could this movie be the most successful movie in cinematic history? Who knows. But it seems that its stars have already had a taste of what the movie has to offer, and one reaction has shook fans to their core.

Or should we say a snap?

The movie had been cleverly built up over a period of ten years.

And it didn’t disappoint, with a majority of Marvel’s most iconic characters finally sharing the silver screen with each other.

But not for long…

The movie was awesome! Until Thanos decided that the universe was too populated...

Using the immense power of the Infinity Gauntlet, Thanos was able to eradicate half of the universe’s population.

Which meant that a lot of beloved characters turned to ash.

It may not surprise you to learn that a lot of audiences watching the movie left the cinema in actual fits of sadness.

Because in one fatal swoop, all of their favorites were gone!

Among the departed were...

Yes, even after his film became the first super-hero movie to be nominated for an Oscar for Best Film, Prince T’Challa was unable to escape Thanos’s grasp.

Yet another fan favorite, Tom Holland’s Peter Parker, also fell victim to the power of the Infinity Stones, a moment that had a lot of people tearing up. But don't worry, Parker is set to return this year in Spider-Man: Far From Home.

Known as one of the most powerful members of the MCU, telekinetic Wanda also lost her life in the final battle, finally saying goodbye to the world that had treated her so cruelly.

This one got a lot of people sobbing, especially those who hardcore shipped Captain America and his old, war-torn friend.

It was probably one of the best and saddest moments in movie history.

Because no one saw it coming!

And this twist made the film the success it was.

Not only did the film shake the world, but it also shook the box office.

Making it only one of only four films to ever reach such heights of success.

But now people want the next instalment.

After Infinity War premiered, it was announced that Marvel would take a little break for the rest of 2018, building up anticipation for the release of the then unnamed Avengers 4.

But then, we got the teaser!

Marvel answered our prayers and dropped a teaser at the beginning of 2019.

And they even gave us the title!

The teaser showed our surviving heroes, lost and broken in an eerie post-apocalyptic world. The teaser even announced that the next movie would be called Avengers: Endgame.

And now we can’t wait!

Who knows what could happen?

Well, some people know, of course.

Although the rest of us have to wait until April, the stars of the film got to see a rough cut.

And one reaction shook fans.

In a recent interview with The Hollywood Reporter, Captain America actor, Chris Evans, revealed his reaction to the anticipated film.

And it sounds emotional.

In the interview, Evans stated the following: “It's a good one. It's a real good one. This one's really good. I choked up like three times."

But that’s not all.

Reportedly, those three times he choked up were within the first hour! We're not sure we're ready for this.

I mean, what the hell is going to happen?!

We guess we'll just have to buy tissues rather than popcorn...

But Chris Evans had to throw a joke in there as well.

The actor then went on to state that his beloved character dies in the movie and that there's a whole hour dedicated to his funeral.

"It's hard. Seeing my own death. It's going to be a long movie, that's for sure. The first edit clocked in over three hours. My funeral's like an hour."

But fans weren’t happy with the joke.

They criticized Evans joke, but in a loving way...

Fans also shared their worries over the more emotional moments in the film.

right no but if chris evans cried and he has already seen the script and acted in those scenes how are any of us me… https://t.co/wBZCVjvDdi
— Pettywise🎈 (@Pettywise🎈)1553725287.0

If the movie could make Chris Evans tear up after only an hour, then what chance do we have?

But Chris has been nothing but thankful.

Evans himself has tweeted about the wrap up of the film, and his wrap up on playing Captain America, a role that arguably saved his career and made him into the star that he is now.

He also can’t believe how well Disney had kept the Endgame secret!

Evans commented on how impressed he was that Disney has been able to keep the movie's marketing campaign completely spoiler free.

Guess we’ll have to see what our favorite superheroes have in store ourselves...

Avengers: Endgame is set to be released on April 26th and it's expected to be the biggest blockbuster of the year. It's predicted to earn between 250-290 million dollars in its US opening. Who knows what they have in store! But it's going to be one hell of a ride!