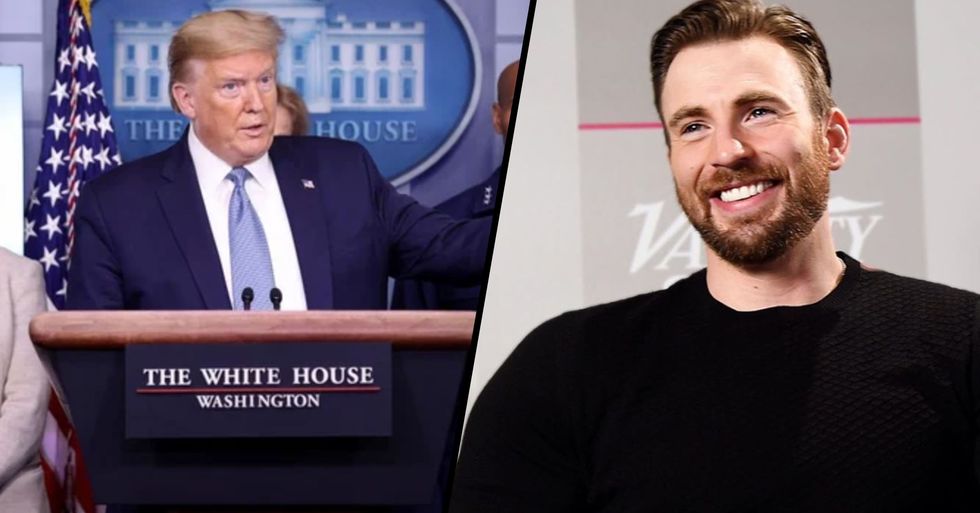 Countless people have been calling out the President for his response to the pandemic, and Chris Evans has been the latest - And he hasn't held back.

He finished by encouraging people to source "reliable information"...

"Like so many of you, unfortunately we’ve had to move some things around. We’re making plans and will keep you updated. I hope everyone is planning ahead and seeking reliable information. Stay safe!!"