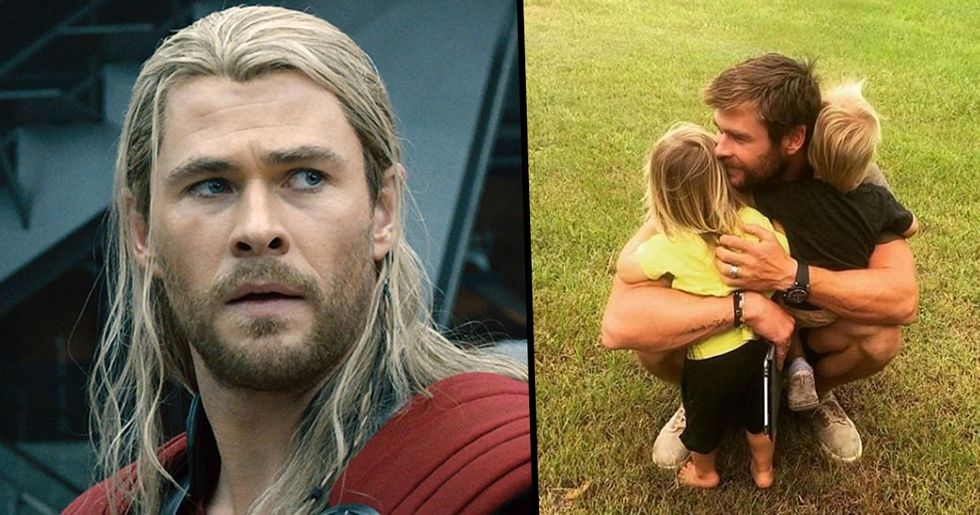 But after enjoying these last few busy years, the Australia-born actor has announced that the time is right to take a step back from his work and to spend more time with his family. As heartbreaking as this is for us normal folk, Chris has to do what's best for his family, which we certainly can't argue with. Read on to discover the life of Chris Hemsworth. Will we ever see him grace the presence of our screens again?

Outside of being a Hollywood star, Chris Hemsworth does some pretty amazing things. Surfing is one of his passions.

Chris began his career by appearing in small television shows.

Some of these shows included the likes of fantasy TV series, Guinevere Jones, and popular soap opera series, Home and Away, in 2004.

He is unbelievably fit and healthy.

After the release of Thor in 2011, Chris went on to star in two more Thor movies: The Dark World (2013) and Ragnarok (2017). He has also appeared in all three of the Avengers movies as the God of Thunder.

Appearing in horror movie, The Cabin In The Woods in 2012 allowed Chris to take a step away from the superhero role and step into something completely different.

Playing the huntsman in Snow White and The Huntsman helped Chris to show off his acting skills in a completely different light.

Alongside surfing, soccer was a huge hobby of Chris' when he was growing up. Despite getting well into the sport, a shoulder injury prevented Chris from pursuing a career in the popular sport.

According to Chris, if it wasn't acting, it would have been writing or directing.

Despite being super busy over the years, Chris has made time for his private and personal life.

How did Chris meet his wife?

Chris was introduced to Spanish actress and producer, Elsa Pataky, in early 2010 by talent agent, William Ward. A mere three months later, the couple were newly-weds.

A little soon if you ask me...

They're obviously doing something right!

They look like they're going strong and they're as loved up as ever. Absolute goals right there.

The couple have since had three children.

Their first daughter, India Rose, was born in 2012 and their twin sons, Sasha and Tristan, followed in 2014.

"Having children has taken the edge off the wild world of celebrity," Chris said...

According to People, Chris spoke to Elle in 2015, describing having children as something that has: "certainly [kept] my feet planted on the ground - I've been able to bypass a whole lot of garbage and traps that I could have fallen into"

Could he be any more perfect?

Having a family is time-consuming.

It takes time and patience to dedicate yourself to your family and time isn't something that Hollywood actors have much of.

Chris makes sure that he is always there for his children.

The Evening Standard noted that Chris told The Sydney Daily Telegraph: "This year I probably won't shoot anything, I just want to be at home with my kids. They are at a very important age. They are still very young and they are aware when I leave more than before."

Chris opened up about previous struggles when juggling work and family life.

Speaking to GQ last year, Chris discussed how hard it was to shoot overseas away from the kids. He added how his seven-year-old, India Rose, has a particularly hard time when it comes to saying goodbye.

Tugging at the heartstrings a little...

If that doesn't give you the feels I don't know what will...

It appears that Chris is doing the right thing...

Even if it means us missing this absolute angel on our screens for the next year or two.

But this doesn't mean goodbye forever!

If you take a look back, Chris only stated that he was taking the next year or so off...

He may very well be back on our screens sooner than we think...

Just trying to keep my cool...

Fingers crossed for this absolute babe!