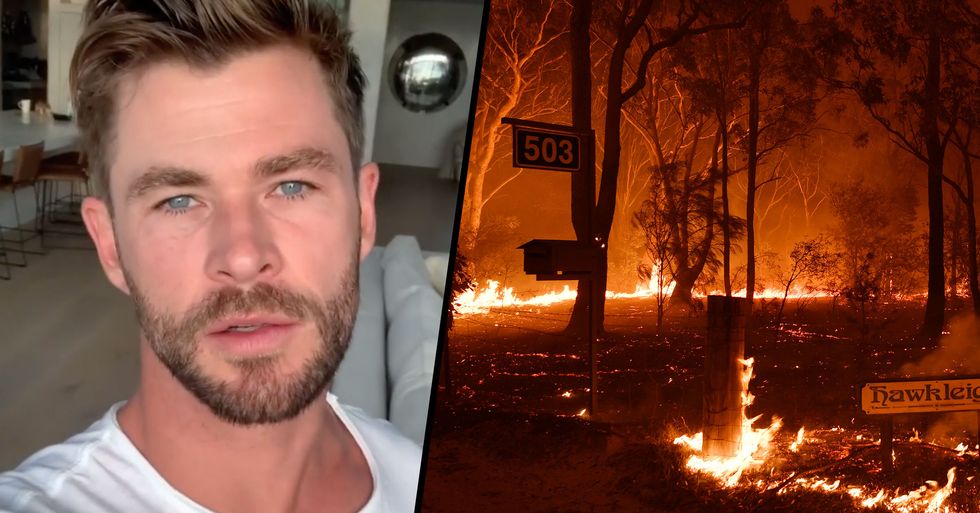 The legendary Australian family, The Irwins, have been doing their bit to save as many animals from the fires as possible and now another star has done their part to help out.

Chris Hemsworth has donated a huge amount and that's not the only thing he's doing. Keep scrolling to see the announcement clip.

Now, another A-lister has donated a huge amount to the bushfire fund.

Chris Hemsworth has donated a massive one million dollars to the bushfire fund. But that's not the only thing...

"Hi everyone. Like you, I want to support the fight against the bushfires here in Australia. My family and I are contributing a million dollars. Hopefully you guys can chip in too," the Thor actor wrote alongside the clip. "Every penny counts so whatever you can muster up is greatly appreciated." The star is also actioning off a one to one personal training session with him to help raise money for the firefighters tackling the blazes. Keep scrolling to find out how you can win.