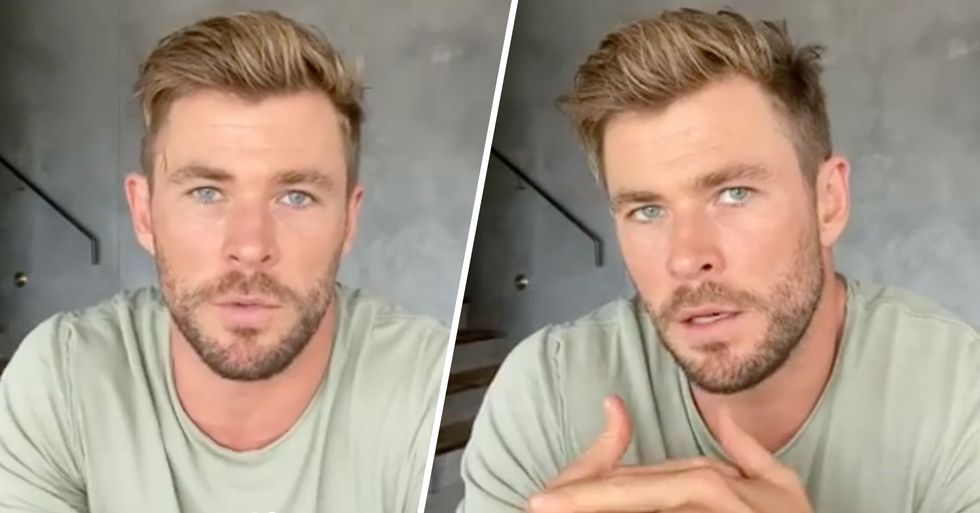 Meditation is more popular than ever during the pandemic that has left millions self-isolating at home.

But thankfully for us, the one and only Chris Hemsworth is now offering free guided meditations for kids.

Keep scrolling find out how you can chill out with Chris. It's an offer you're not going to want to miss...

Thanks to the rapid spread of the pandemic, millions of people around the world have been left confined to their homes to self-isolate.

And it's not just the body Chris is interested in taking care of.

Because he's come up with an ingenious way to look after his youngsters during this stressful time.

"If you find yourself in a situation like myself, like a lot of people, where you’re having to homeschool your kids and you’re failing miserably—’cause it’s not an easy task, it’s a very, very difficult job, teaching, and I have a boundless, unlimited respect for teachers, globally, universally, and I thank them for that—if you are having this job, a friend of mine suggested doing these guided meditations with them."

"And I thought, it’s not gonna work."

"My kids are allergic to sitting still. But to my surprise, they actually did. And it calmed them down, ’cause kids, you know, have anxiety and stress, all of that, like us, probably more so because they don’t understand it and it’s difficult for us to explain to them."

"But these guided meditations that my friend suggested doing actually was really beneficial."

"So what we’re doing with centr.com is I’m gonna narrate a few meditations, children-specific meditations—sleep visualizations, positive thoughts, that kind of thing—and you may get something from it." What a gent! To experience these meditations, sign up at Centr.com. Want more good deeds during the pandemic? Scroll on to have your faith in humanity restored.