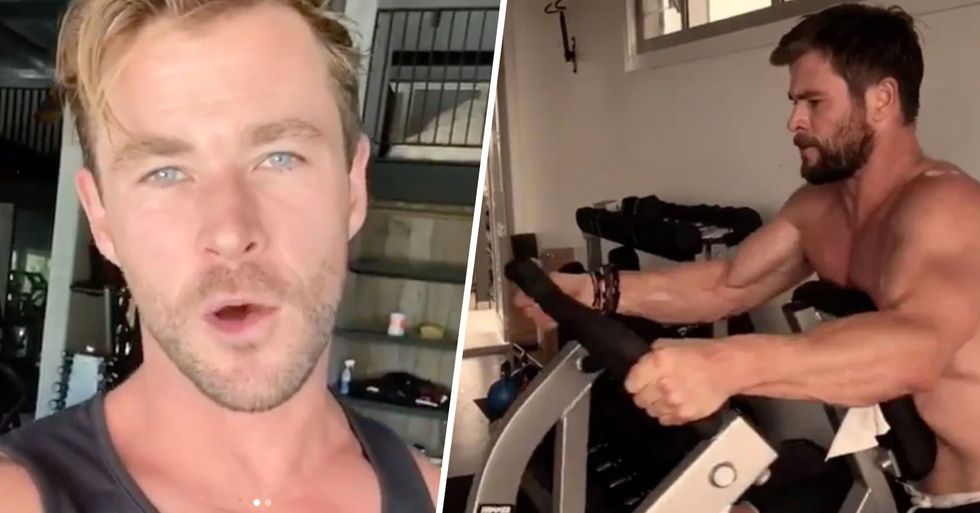 Home workouts are now more popular than ever during the coronavirus pandemic that has left millions self-isolating at home.

But thankfully for us, the one and only Chris Hemsworth is now offering free virtual workouts for the next 6 weeks.

Keep scrolling find out how you can work out with Chris. It's an offer you're not going to want to miss...