Chris Pratt and Anna Faris Are Separating, But Love IS NOT DEAD | 22 Words 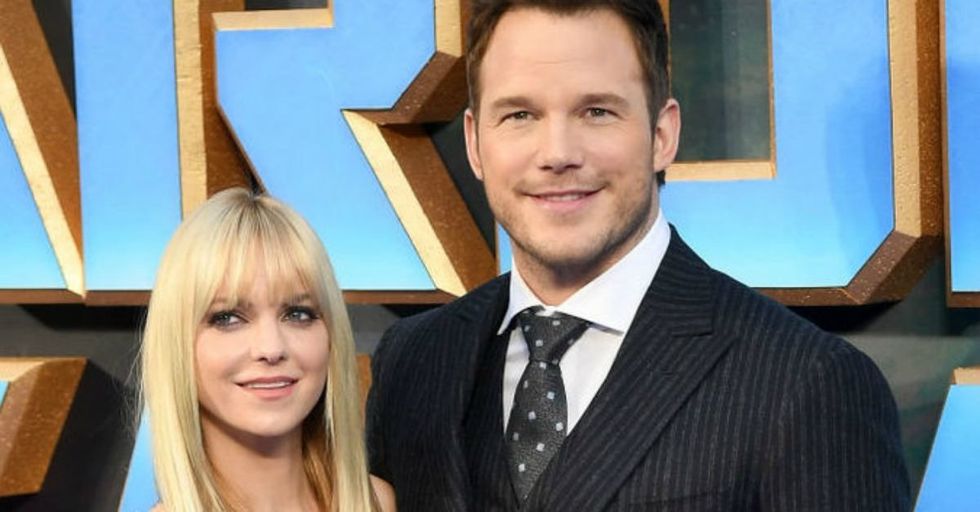 Chris Pratt and Anna Faris Are Separating, But Love IS NOT DEAD

Robin Zlotnick
attends the UK screening of "Guardians of the Galaxy Vol. 2" at Eventim Apollo on April 24, 2017 in London, United Kingdom.

Sunday night's Game of Thrones episode was full of carnage, but it in no way compared to the total devastation caused by the news that Chris Pratt and Anna Faris are legally separating after eight years of marriage.

Twitter lost its mind, claiming that love is a lie, love is dead, love possibly never existed in the first place, how can we really know?

While Pratt and Faris' separation is no doubt sad, we're here to tell you there is plenty of love in the world to celebrate. Yes, even celebrity love.

The comedic gem and the recent Jurassic-sized mega movie star met in 2007 on the set of Take Me Home Tonight, and the rest is history.

They have an adorable bespectacled four-year-old son and now a nation of traumatized fans who suddenly believe that love is a fictional concept sold to us by the very people who eventually rip it away: the celebs of Hollywood.

On Sunday, August 6, both Pratt and Faris posted this joint statement announcing their separation on their respective social media accounts.

"We tried hard for a long time, and we're really disappointed," everyone in the world read before bursting into uncontrollable sobs. "Our son has two parents who love him very much and for his sake we want to keep this situation as private as possible moving forward," we continued through our snot-filled weeping. It really is crushing when a situation you have a certain perception of gets turned on its head. The world is a tough place.

Not tough? Everyone on Twitter who 140-character-cried their way through this celeb relationship tragedy.

"Love is a lie," this pigeon realizes, as it apparently jumps off a ledge before remembering it has wings and can fly.

Either love is a lie or it doesn't exist at all.

Celebrity relationships are fickle things. Marriage is hard work to begin with. Throw in constant privacy invasion, daily intrusive interactions with strangers, and months apart working on films, and that's pretty much a recipe for disaster.

...not. Pretty much everyone has become cynical nihilists overnight because two movie stars didn't make it. Love is dead. Life has no meaning. Might as well go lie in a ditch because Chris Pratt failed to guard our galaxy with his capacity for successful relationships.

Don't give in to hopelessness. Chris Pratt and Anna Faris may be separating, but there are still plenty of gorgeous, famous people who seem to be making it work.

Ryan Reynolds and Blake Lively have been going strong since they were married in 2012. They're beautiful. He's a superhero. She bested a shark. They have two cute kids. This is working, people.

The epitome of great Hollywood couples is Goldie Hawn and Kurt Russell.

They met in 1968 got together a decade later. The rest is literally history. As in, pretty sure it'll be in a museum one day. These two have been going strong for eons. "Love is dead." Psh. Love is Goldie and Kurt.

The couple has been together for over 25 years. They have four kids and impeccable taste in leather jackets and sunglasses. That's all you can really ask for.

Don't even get us started on Will and Jada.

Will Smith and Jada Pinkett-Smith are Hollywood royalty, and somehow, these superstars have been making it more than work since they got hitched in 1997.

This incredible couple has been going strong for almost 30 years. So love is far from a lie. Love is not dead. These couples, Tom Hanks and Rita Wilson, Sarah Michelle Geller and Freddie Prinze, Dr., Sarah Jessica Parker and Matthew Broderick, Ellen Degeneres and Portia De Rossi, Jamie Lee Curtis and Christopher Guest, and many others prove this fact. It's terribly sad that Chris Pratt and Anna Faris are separating. But they aren't the be-all end-all of celebrity love. Now go frame that poster of the 1987 classic, Overboard, starring Goldie and Kurt.