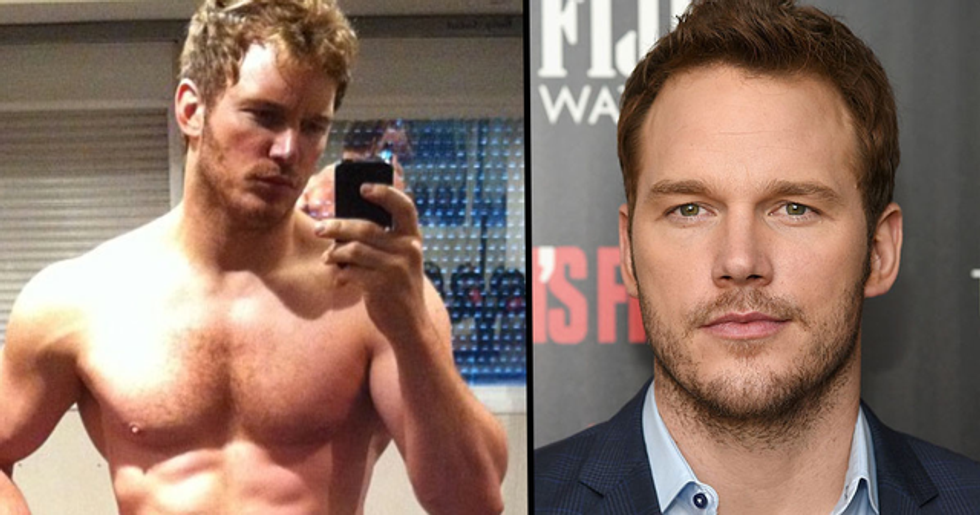 Chris Pratt made headlines when he broke up one of the internet's most beloved couples, splitting with actress, Anna Faris, in 2017, with the pair divorcing last year. However, it's clear that he's managed to get over his heartbreak, starting a new relationship soon after with author (and daughter of Arnold), Katherine Schwarzenegger.

The pair began their relationship in June 2018 and announced their engagement early this year in an emotional Instagram post. Early last month, on June 8th, the pair wed in Montecito, California - and, afterwards, celebrated with a month-long vacation in Hawaii. Must be nice.

But not everything is going well for the Jurassic World star - as his latest Instagram post proves.

Chris Pratt has certainly had an interesting life.

Born in Minnesota, Pratt dropped out of community college in 1998 and ended up living out of the back of a van in Maui, Hawaii as a teenager.

It was while working in a shrimp restaurant there that Pratt was discovered.

Pratt has a true rags to riches story - taking him from an essentially homeless beach restaurant waiter to one of the most famous stars of Hollywood today.

He has an impressive range of acting credits.

Pratt rose to fame as loveable loser, Andy, on Parks & Recreation. But since then, he's become a veritable leading man, starring in action blockbusters such as Jurassic World.

But Pratt doesn't stick to one role.

He's also known for voicing Emmet Brickowski in The Lego Movie franchise, and, of course, playing Peter Quill/Star Lord in Guardians of the Galaxy.

Pratt was also famous for another reason.

He had a fairly high profile relationship with fellow Hollywood star, Anna Faris. The pair met while playing love interests in 2007 movie, Take Me Home Tonight, and clearly, sparks flew, as they were married two years later in Bali, Indonesia in July 2009.

Jack Pratt was born prematurely in August 2012. He suffered many health difficulties after his birth, but seems to be doing great now - pictured here in 2017 at the Hollywood Walk of Fame.

But their happiness couldn't last forever.

In August 2017, Pratt took to Twitter to announce his and Faris's decision to separate. In the December of the same year, the couple filed for divorce, which was finalized in October 2018.

The internet was super upset.

Faris and Pratt were something of an internet couple favorite, often pictured laughing and being adorably weird with one another.

Soon after, many suspected that Pratt was in a new relationship.

Before the actor publicly made any announcement about his love life, he was pictured with author, activist, and daughter of a particular terminator, Katherine Schwarzenegger.

Some Instagram accounts shared images before the pair went public.

This included a holiday estate and Pratt's own family members - which led many to suspect that their relationship had been going on for a while.

Pratt's latest love is no stranger to the spotlight.

Daughter of Arnold Schwarzenegger and journalist, Maria Shriver, has already got one of the biggest names attached to her.

And, early this year, Pratt made a huge announcement.

The actor took to Instagram to share his big news - he'd proposed to new his partner, and she'd (of course) said yes! The post was also a fine opportunity to show off that whopping ring, too.

Although not everyone was pleased.

Many thought that Pratt was leaning into his potentially problematic conservative views by partnering with Schwarzenegger, who's known for her extreme Christian beliefs.

And many took this view.

Chris Pratt is engaged to Katherine Schwarzenegger . I am still not over the fact that Chris Pratt and Anna Farris… https://t.co/XZ0anEMaud
— Ishaaaaaa (@Ishaaaaaa)1547467352.0

Some believed that Pratt was moving on too soon after his divorce from Faris, and were concerned for her emotions following the news. It can't be nice to see your ex move on so quickly, right?

But the pair look incredibly happy.

Since their engagement earlier this year, they seem to have gone from strength to strength - although many are concerned about what the future holds for the uber-conservative duo.

And, on June 8th, the pair sealed the deal.

Pratt shared an emotional Instagram post with the caption, "Yesterday was the best day of our lives! We became husband and wife in front of God, our families and those we love. It was intimate, moving and emotional. We feel so blessed to begin this new chapter of our lives. We are so thankful to our families and our friends who stood with us and grateful to Mr. Giorgio Armani who created a once in a lifetime dress for Katherine to wear and for me, the perfect suit. This morning we feel nothing but blessed."

Her post was shared with the exact same caption, too. The wedding was small and intimate, family-focused, and took place and on a ranch in California.

Although not everyone was feeling the love.

chris pratt has the same energy as a kid you knew in high school who enlisted in the military and married some girl… https://t.co/qeEbXIWPlz
— kermit gulag (@kermit gulag)1561990797.0

Many internet users commented on Pratt's regression from the cool, chilled out, regular guy that he was to the card-carrying Republican, strictly Christian, right-wing, and problematic individual that he may now be.

Since their wedding, Schwarzenegger and Pratt have been living it up.

The two set off on what seems to have been an almost month-long honeymoon in Hawaii. It must have been interesting for Pratt to return to the destination, remembering the time that he spent living in his car there.

But there's one thing that Hawaii is very well known for.

The tropical vacation destination typically has a warm and sunny climate - making it the perfect place to go for a long, relaxing vacay.

But that does mean one thing.

If you're thinking of vacationing in Hawaii, you really must take care of your skin. The sun can be brutal, and getting burned is painful - not to mention, potentially dangerous.

But this seems to be a tip that Pratt skipped.

And he shared a pretty shocking snap on his Instagram showing the results of his foolishness - and his bare, white butt.

People were pretty shocked by the contrast in skin tone.

Pratt captioned the image: "Suns out guns out. I might have got a toouuuch crispy on the honeymoon #Aloe"

Some were a little grossed out.

It's true, the image is something of an overshare. There's nothing very pretty about this painful looking snap.

Although the pun potential was strong.

We hate to say it, but this joke brought a smile to our faces. We just hope that Pratt has learned his lesson and won't make the same mistake again!