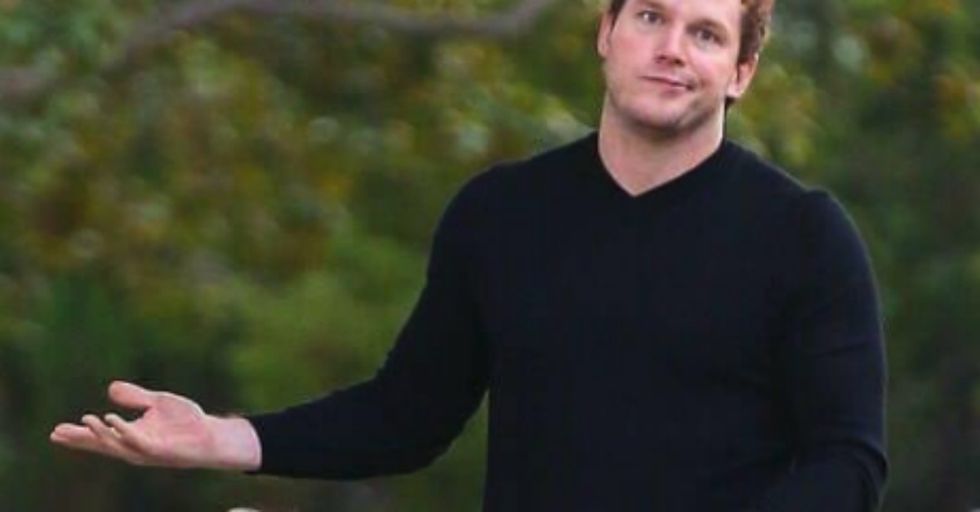 Remember how Kristen Bell's daughter made her mom dress up as Elsa this year for Halloween, even though Bell voices Anna in the movie? Chris Pratt had a similar experience.

His son wanted to dress up as one of Chris' characters....

Only it was a different Chris.

His son didn't want to be a guardian of the galaxy, a dinosaur keeper, or even Pratt's sweet, sweet Andy character from Parks and Recreation. He wanted to be a different kind of superhero.

Captain America is played by Chris Evans, just one of the many Chrises that playfully rival each other across the big screen. Pratt looks jokingly disappointed. Is he really upset? We may never know.

But Twitter user @An0d0s had another take on the Chris conundrum.

"Well, technically, all the Chris's have similar DNA, just expressed differently from when they split from Chris Prime," he wrote, in response to the photo of Chris Pratt shrugging next to his son.

But which one is the original Chris?

Twitter agreed that Christopher Reeve, the original Superman, is the Chris Prime from which all the other Chrises (Christlings, if you will) have spawned.

Maybe next year, Chris Pratt's son will make a different choice of costume?

Star-lord, maybe? We can only hope for that cuteness overload.